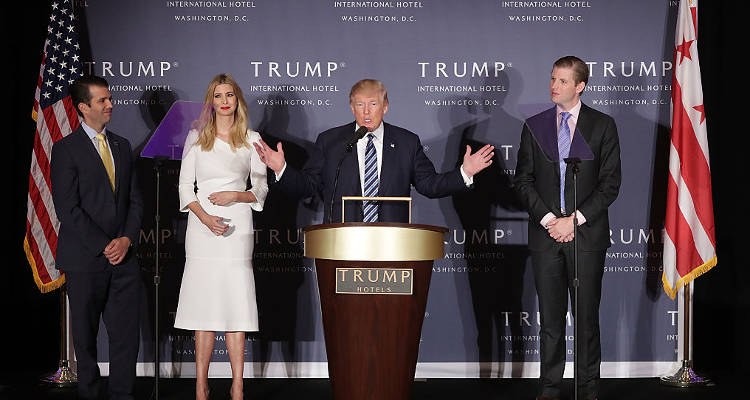 The Trump Organization oversees a sprawling real estate empire that has grown rapidly in the last 10 years. Currently, Trump’s three children from his first wife, Ivana Zelníčková hold top positions within the company. Trump will have to decide who will get run his business, as he goes off to manage America.

Donald Trump’s children, Donald Trump Jr., Eric Trump, and Ivanka Trump, are already executives at the company. They have learned how to manage the affairs of the organization from their father. On the company’s website, there is a video titled “Trump: The Next Generation” in which each of the three Trump progenies discuss how they all are “like dad.” Eric Trump, the youngest of the trio says, “We all have certain characteristics that are a lot like my father.” Ivanka Trump admits that she frequently uses “Trumpisms” while Donald Trump Jr. admits that they are all similar to their father “from a business viewpoint.” 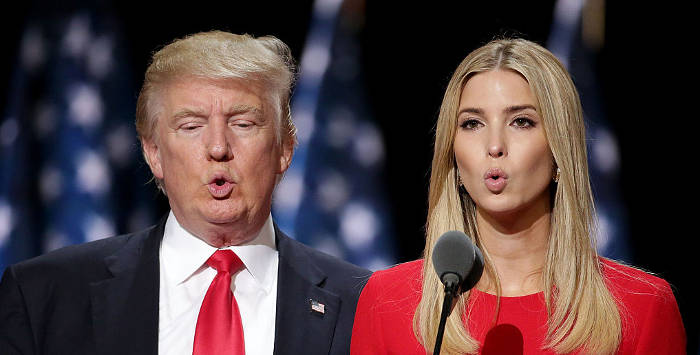 After joining the company, all three children were given different areas of the business, but there is major overlap between them. Each of Trump’s children is an executive vice president of acquisitions and development. Trump had already declared that should he win the presidency, he would hand over the reins of his company to his three eldest children.

Trump had already handed over some responsibilities to his three children when he started his long presidential campaign nearly two years ago. According to a top Trump official, “The torch has already been passed over to the new generation.” The transition, when it happens, has to be natural and smooth.

It is still not a certainty that the company will be run by only his children. There is a clutch of senior company officials who are also in line, and have the capability to run the Trump Organization. They include special counsel Michael Cohen, CFO Allen Weisselberg, chief legal officer Jason Greenblatt, and Executive Vice President Andy Weiss. They are also handling major responsibilities and are contenders for the top post.

In the last 10 years, the organization has grown tremendously. From a New York-centric business model, it is now a sprawling company that stretches across the globe. Now, Trump hotels, resorts, residences, and golf courses are spread across countries like India, the Philippines, Uruguay, and Canada. The Trump Organization is currently positioned to grow in the coming years, despite Trump’s lost ventures resulting from his controversial comments about Mexicans and Muslims.

Currently, Trump’s children and the company’s senior executives manage this empire. There is little doubt that one of Trump’s three children will be named the new president of the company. However, no formal plan of succession has been made yet. Right now, some company insiders say that Ivanka Trump has a slight edge when it comes to being selected to run the Trump Organization. Donald Trump Jr., the senior Trump’s eldest child, is also being spoken about as a potential successor to his father.

In the end, it will be Donald Trump’s decision to name the person who will run his company. After all, he created and built it over the years into the corporation it has now become. After his historic win in the 2016 presidential election, Trump must now make his decision. After all, Daddy knows best!