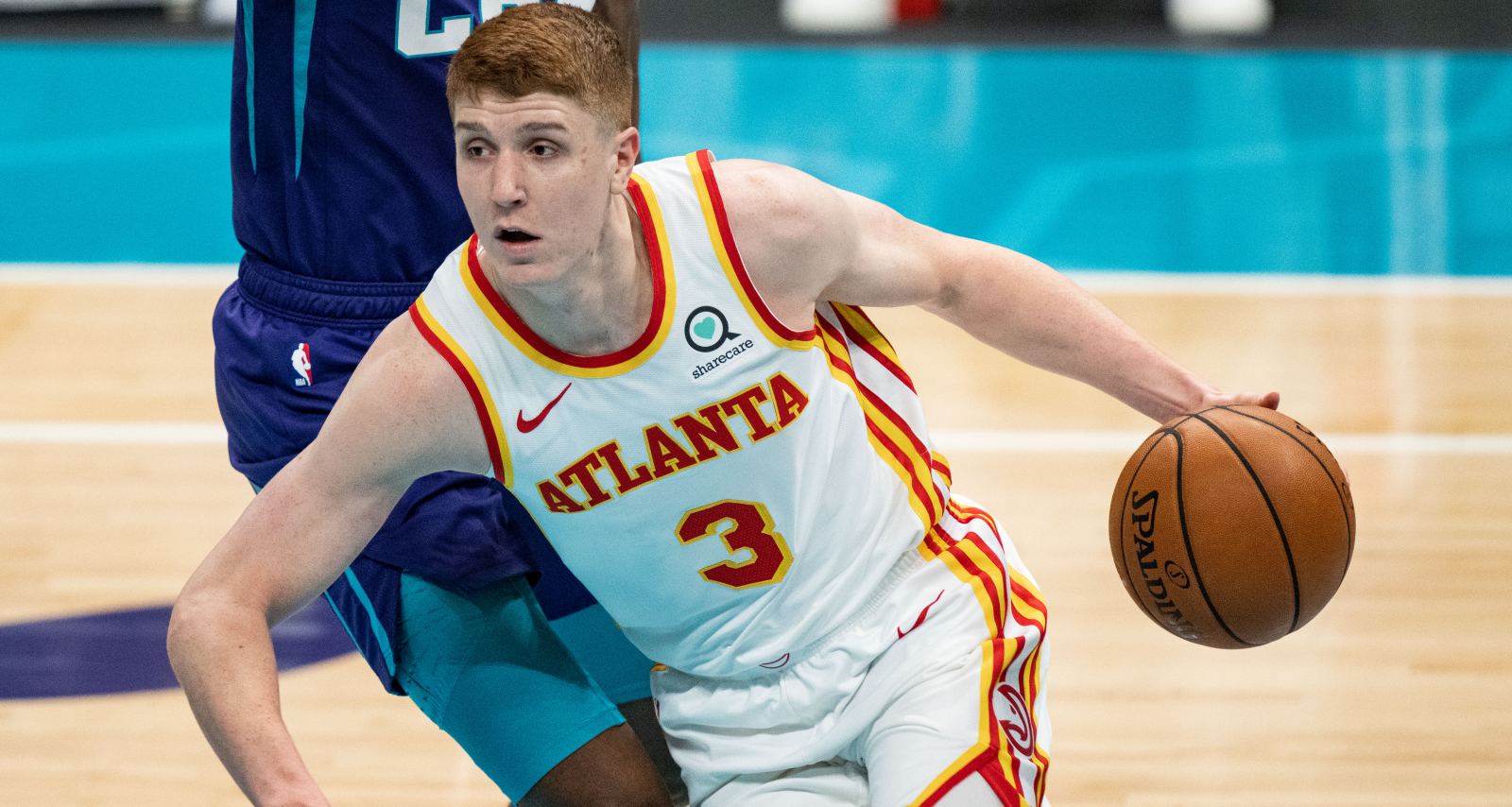 Kevin Huerter #3 of the Atlanta Hawks at Spectrum Center on April 11, 2021 in Charlotte, North Carolina. (Photo by Jacob Kupferman/Getty Images)

Kevin Huerter is one of the most noticeable rookies on the NBA court. The Atlanta Hawks player has been gaining attention for his skills and talents as well as his personal life. Many especially want to know who Kevin Huerter’s girlfriend is. It takes only a glance at his social media to know he is in a relationship with Elsa Shafer. While Shafer is not an athlete, her background makes her one of the few people who know the demands of her boyfriend’s career. We reveal her athletic connection and more here.

Elsa Shafer was born on March 2, 1998 to Scott and Missy Shafer. If her dad’s name rings a bell, it’s because he is in fact Scott Shafer, college football coach.

A former footballer-turned-coach, Scott is currently the defensive coordinator at Middle Tennessee State. Wolfgang Shafer, Elsa’s brother and the older of the Shafer kids, was a football player and is currently an assistant football coach at Marietta College.

When Syracuse University hired Scott Shafer in 2009, the family of four settled in Manlius, New York. There, Elsa attended and graduated from Fayetteville-Manlius High School.

Scott, who shows his adoration for his daughter on social media, proudly announced his daughter acceptance to the University of Maryland back in 2016. She graduated from college in 2020.

Albany, New York native Kevin Huerter attended the University of Maryland from 2016 to 2018. Following his sophomore year with the Terrapins, he declared eligibility for the 2018 NBA draft.

The Atlanta Hawks selected him and signed him in 2018. Around that time, he began dating another Maryland student, Elsa Shafer.

They made their relationship Instagram official during his birthday that year. It appears that with her graduation from college, Elsa has moved to Atlanta, Georgia to be with her beau.