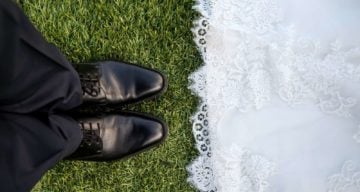 Dianna Russini, the stunning NFL reporter on ESPN, surprised her social media followers by revealing her relationship in 2020. She married her now-husband, Kevin Goldschmidt, later that year. While Russini has gone on the record to state she was single before, she has kept her romantic life private for the most part. So, no one knew she was even dating Goldschmidt until they got engaged. And that’s why her fans want to know who Kevin Goldschmidt is. So we got all the details on Dianna Russini’s husband.

Kevin Goldschmidt was born on June 6, 1985, and has lived in Pennsylvania and New York. He earned his BS in finance from Penn State University in 2007.

Soon after, he got a job at SEI managing account operations analysts. He worked there from 2007 to 2011. He left in 2011 to join the Hay Group as a senior analyst.

Goldschmidt returned to AmerisourceBergen in 2018, when he was appointed manager of executive compensation.

Kevin Goldschmidt has been with the Shake Shack corporate office since October 2019. He is senior manager in the Total Rewards department.

ESPN’s NFL reporter, Dianna Russini, has mostly kept her relationships out of the public eye. But she first gave a glimpse of her boyfriend-turned-fiancé in July 2020, in announcing her engagement on Instagram.

Russini and Goldschmidt had a socially-distanced, low-key wedding on September 26, 2020. The wedding was live-streamed to the rest of their loved ones and she shared pictures from the day to her social media followers.