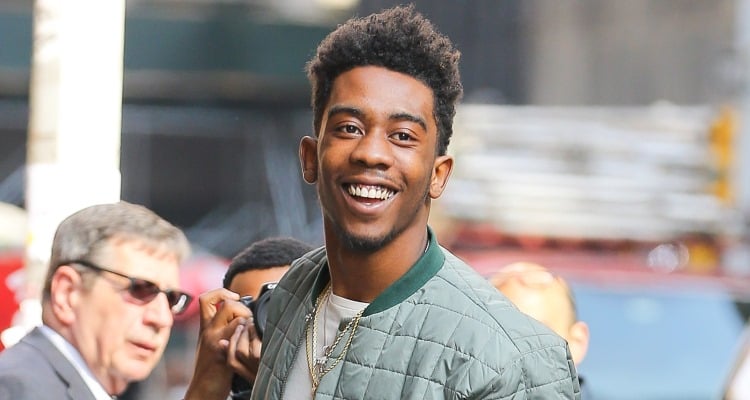 Who is Desiigner? Now that “Desiigner arrested” is the headline trending all over the country, everyone wants to know who the young rapper is and why he’s been arrested by the police. From Deiigner songs to Desiigner’s Instagram, we have everything you need to know about the 19-year-old rapper and his latest brush with the law.

Before being known as Desiigner, he was born as Sidney Royel Selby III and was born in Brooklyn, New York on May 3, 1997.

Desiigner has been known for his hit singles such as “Panda,” “Timmy Turner,” and “XXL Freshman Freestyle.” Though many may not understand what the rapper is saying at first, he has created quite a following for himself. His album, New English continues to give him recognition in the music industry, and he has since been associated with music heavyweights such as Kanye West, Mike Dean, and Gucci Mane.

Desiigner’s Instagram account (lifeofdesiigner) has 709,000 followers and 972 posts. His account is full of posts regarding his past celebrity encounters, like his interview with Jimmy Kimmel. He also includes posts of his concerts and music. If there’s one way to reach Desiigner personally, it’s safe to say that Instagram is your best bet!

According to TMZ, Desiigner and four others were involved a road incident that ended with the rapper allegedly aiming a loaded firearm at the other driver. Though Desiigner’s SUV left the scene, his license plate was recovered by a witness and when the police arrived later, they found OxyContin and a variety of prescribed pills in his vehicle! Yikes!

Desiigner is currently in police custody, with no word from his representative and a court date has not been set. Stay tuned for updates on the rapper’s situation!