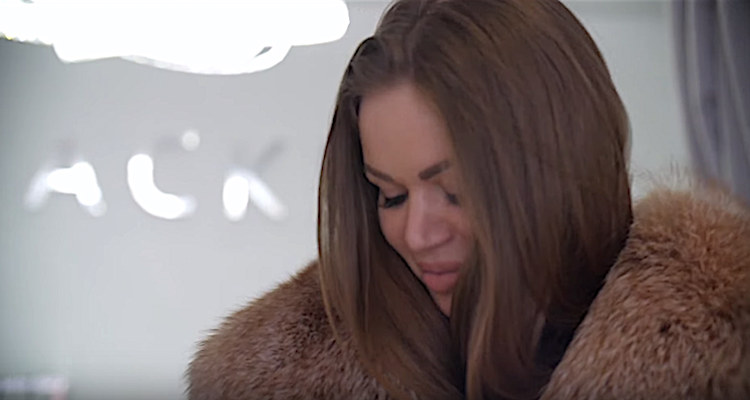 If you follow cars, Instagram models, or rich stars, you may have come across Daria Radionova. For the third time in just over three years, she took an expensive car (that most of us already can’t afford), and covered it with Swarovski crystals! But who is Daria Radionova? What do we actually know about her? We dove headfirst into the Internet to find out all we can about her, and took a look at Daria Radionova’s Instagram for a few choice pictures.

Who is Daria Radionova?

Mark Ellwood of CNBC’s The Filthy Rich Guide, once described Radionova as “basically one part James Bond, and one part Paris Hilton,” and he’s not exactly wrong in that description.

In terms of the James Bond part, despite getting so much press for her first Swarovski crystal-encrusted Mercedes, her Instagram, clothing line, and now multiple Swarovski encrusted Lamborghinis, Daria Radionova is a bit of a ghost when it comes to her background.

Also Read: Everything You Need To Know About Amanda Cerny

So, Where Did She Come From?

We know that she is from Moldova, which is sandwiched right between Ukraine and Romania. She is 25 years old and apparently studied business management in London, England.

Who are Daria Radionova’s parents? Very good question. When she was asked about her folks and the immense wealth that must come with them, Radionova simply stated that they are from Moldova and are business people.

Her parents are more than likely well-off, as sending their daughter to school in England can be expensive in the best of situations. But sending your daughter to school and putting her up in a penthouse in Knightsbridge is really expensive! But exactly what school she attended and when she graduated are unknown.

How Rich is Daria?

So, how rich is Radionova? We think it’s best to say that she is super rich. Not exactly the most precise of terms, but given that details about where her initial wealth comes from haven’t been disclosed, it seems like the most accurate depiction.

Radionova has expensive taste, and if her Instagram is to be believed, she often indulges in her love of designer handbags and shoes. She started her own company called DRJACKETS. The lowest-priced item we could find was around £800 GBP, or $1,083 USD! And then there are her cars.

Radionova first got attention by taking a top-of-the-line, fully loaded, $68,000 Mercedes and spending somewhere around $20,000 to have the car covered with Swarovski crystals!

To her credit, the car was later auctioned off to raise funds for a dog shelter that was burned down in London, as well as another shelter in Moldova.

She also has a Lamborghini Huracán, which reportedly has a price tag of an estimated $203,225, and is also fully loaded. Radionova once again had her team of Russian jewel masters encase the car in Swarovski crystals; 1.3 million crystals to be exact!

No matter what people think of the car’s looks, you have to admit that only the super-rich can have something like that!

She Has Literally Stopped Traffic!

Most of us can only dare to dream what it’s like to be so rich that you can afford to cover expensive luxury vehicles in real Swarovski crystals! But Radionova is actually living that life and in one of the most expensive cities in the world: London!

Her most recent venture was to take a $500,000 black 6.5 Litre V12 Aventador SV Lamborghini and turn it into one of the sexiest cars in the world! Here she is in all her glory:

Your wings already exist. All you have to do is learn to fly 💭🙌🏻

“Your wings already exist. All you have to do is learn to fly.”

There’s only one place Radionova trusts enough to modify her vehicles and that’s London’s very own Cars in Cloaks Automotive Customizers.

People are so awestruck by the sheer beauty and sheen of this car that they literally crowd around it whenever Radionova takes it out for a spin.

Jheeeeezzz look how mad this Saturday was! This day will stay in my heart and in my memory forever 🥰❤️ There was a little girl, it was her bday on Saturday and she came to see me ❤️ She said that she is inspired by me and when she grows up she wants to be like me ❤️❤️❤️❤️ It really touched my heart 🥰 I’m sorry but didn’t manage to give you much attention 🙏🏼 If you are reading this then drop me a DM, I will take you with us for a drive next time ❤️ little cutie pie 😘🥰 #lamborghini #shutdown #aventador #aventadorsv #lamborghiniaventadorsv #lamborghiniaventador #aventadorsv #amazingcars247 #cars247 #carsoflondon #londonsupercars #knightsbridge #dar11a #ba11byy #swarovskilamborghini Thumbs up if you think I smashed it 😁👍🏻👍🏻👍🏻👍🏻👍🏻 with @carsincloaks

She probably missed this place the most 🤣🤣🤣 Second home 💸💸💸 ⛽️ Sorry guys been a crazy weekend and I am still impressed by Saturday! I will go through comments today and will find the winner of the competition! Stay tuned! ✌🏻 Have a nice week ahead 🙏🏼🙌🏻 #dar11a #lamborghini #crystallamborghini #lamborghiniaventador #aventadorsv #modifiedcars #amazingcars247 #londonsupercars #supercarsoflondon #carsofinstagram #hypercar #ba11byy #knightsbridge #parklane

Wondering if the view on the inside is as stunning as it is from the outside? Here’s a picture of Radionova sitting behind the wheel.

There’s Going to Be a Documentary about Her Life

Short documentary about my life and some future plans 😍❤️🎥 Guuuuuys can’t wait for the upcoming month, it’s gonna be crazy in many waysssss 😍🙏🏼🙏🏼🙏🏼🙏🏼 Stay tuned! #filming #documentary

Much like most other aspects of Radionova’s life, the details of this documentary are unknown. All we know is that in late March, the Instagram superstar posted this photo of herself with her cat and announced that she’s currently filming a documentary about her life.

Considering most of her private life is shrouded in mystery, it would be interesting to learn more about her backstory.

Obviously, her countless fans were very excited, with many of them asking when the film will wrap and where it will be showcased. We’re expecting Radionova to keep us all updated via her Instagram account.