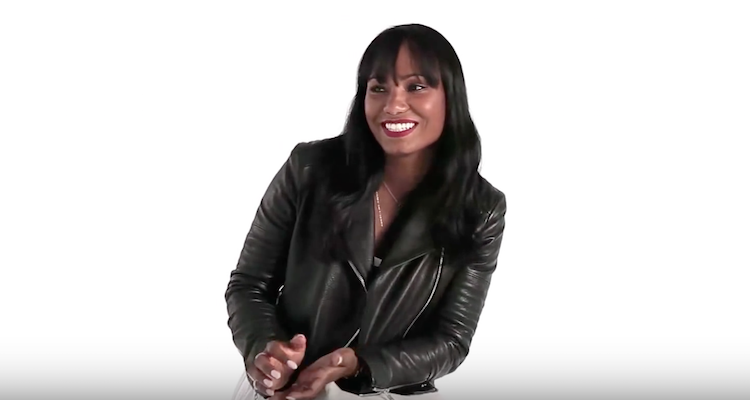 When you hear the names Rihanna and Fenty, you can’t omit Ciarra Pardo. The former creative director behind RiRi’s beauty empire is one of the top art directors in the country. She leads the pack of creative minds celebrities rely on to build their businesses. Back in 2018, though, Pardo’s name was more often associated with Grey’s Anatomy star Jesse Williams than her job. Her low-key personal life makes social media users ask who Ciarra Pardo is and who she is dating. After scouring her Instagram, we reveal a primer on this creative genius in Ciarra Pardo’s wiki.

Ciarra Pardo was born on March 20, 1979, in the Bronx, New York, but is currently based in California. She is of Puerto Rican descent. She is very private about her personal life, but she does provide glimpses into it through her Instagram.

Ciarra has at least one sister, Kristin Irving nee Pardo. Kristin and her husband have two daughters, one of them named Parker Ciarra, obviously after the baby girl’s doting aunt.

Ciarra and Kristin’s father battled Alzheimer’s for an unspecified period of time. In an Instagram post on his birthday, Ciarra revealed she’d often travel between California and NYC to make sure her father was taken care of. Sadly, he passed away recently of COVID-19.

Ciarra Pardo left home at 15, dropped out of college, and moved to California. Against all odds, she’s become one of the premier art producers and directors in the entertainment industry.

Before that, she started in finance, working at Morgan Stanley Dean Witter. She then had experience in the tech space with Opus 360 and Artemis International.

Since moving to Los Angeles at the age of 22, she’s built partnerships and helped celebrity businesses to immense successes. That included consulting as creative director for Island Def Jam and Geffen Records.

In 2005, she co-founded her first company, Les Enfants Terribles, with professional photographer and director Anthony Mandler. She served as the company’s partner and executive producer for a decade.

She met the “Umbrella” singer in 2007, and handled her art direction. Later, she was her personal creative director.

After leaving Fenty in 2019, Pardo has been the CEO of Mi Ojo.

Pardo’s relationship history is obscure, but for a hot minute in 2018, she was linked to Grey’s Anatomy star Jesse Williams. Williams was fresh off his divorce from Aryn Drake-Lee. They are parents to two kids, Sadie and Maceo.

TMZ reported that Williams’ ex-wife Aryn claimed Pardo and Williams were dating. She also accused him of violating their custody agreement by bringing Pardo into their kids’ lives.

Williams and his ex-wife reportedly agreed that no significant other would be introduced to the children until they were dating for at least six months.

However, a source for Williams told TMZ that the custody agreement was not violated because Pardo is not his girlfriend. While a pic around that time from a vacation trip to Brazil on Ciarra Pardo’s Instagram is credited to Williams, it is claimed that it was just a fun family trip with friends.

According to other sources, Pardo and Williams are just old friends who have known each other since Williams’ children were born!

Williams has most recently been linked to actress Taylour Paige. Meanwhile, Pardo’s Instagram doesn’t show any traces of a relationship.