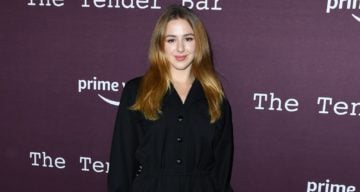 Dance Moms fans are celebrating a rumored new couple in town! Chloe Lukasiak, who publicly denounced her time at Abby Lee Miller’s studio last year, has sparked romance rumors with inspiring influencer Brooklinn Khoury with her latest Instagram post. Lukasiak and Khoury haven’t confirmed the rumors, but their followers believe the pictures speak a thousand words. To the uninitiated asking who Brooklinn Khoury is and what happened to her face, the pro-skateboarder has turned a terrifying ordeal into a motivating story for social media users in less than a year. We reveal more about Khoury’s story and the romance rumors here.

Brooklinn Taylor Khoury was born on April 20, 1999, and hails from California. She is one of three children born to Melissa Demenagos and Ephrem Khoury.

Brooklinn and her brothers, George and Sam Khoury, grew up in Southern California. Their parents run a graphics management business in Rancho Santa Margarita.

Brooklinn Khoury, who was a track and field athlete at Tesoro High School before graduating in 2017, is a professional skateboarder. She initially gained attention on social media for her videos documenting her stumbles and falls on the skateboard, which her followers found more authentic than any dramatized editing.

Khoury is associated with Millennium Boards, Brooklyn Projects, and Rastaclat, among other sponsors. Khoury is an ambassador for Thread Wallets, which has been doing its part in encouraging positive beauty standards.

Khoury had been actively posting on social media as usual on November 2, 2020, before going radio silent for a few days. In a November 6 Instagram post, she revealed a horrific incident she went through on November 3.

“On November 3rd I was severely attacked in the face by a pit Bull, my whole top lip and edges of my nose are completely ripped off, ” she wrote. “It’s crazy how your life can change so dramatically in the split of a second.”

The skateboarder told Thread Wallets she was visiting family in Arizona when she was attacked by the pitbull. She was rushed to the hospital where eight hours later, she was taken in for surgery.

In the post she shared days later, Khoury admitted that she had a lot of fears and insecurities on her mind about her future. She wondered if she would be able to eat or smile normally again.

She nonetheless had a great support system in her family, friends, the skateboarding community, and her growing legion of followers.

She detailed her recovery and doctors’ visits on YouTube and TikTok. Less than three weeks later, she was back on the skateboard, too.

In the aftermath of the incident, Khoury was grateful for surviving and was focusing on the positive. Skateboarding took her mind off of her face, but she didn’t hide her insecurities from her followers.

Tracing Khoury’s social media activity documents her transition into a body-positive influencer. She has been inspirational to her followers who struggle with toxic beauty standards and mental health issues.

After lurking in the comments section of Khoury’s Instagram, Chloe Lukasiak made her first in-person appearance on the inspirational influencer’s page on October 7. Chloe posted the same picture and an extra one that sparked rumors these two are dating.

The Dance Moms star’s fellow blue-ticked reality TV cohorts, like Maddie Ziegler, commented under the post, further fueling the romance speculations. They haven’t explicitly confirmed their relationship, but fans are convinced they are an item.