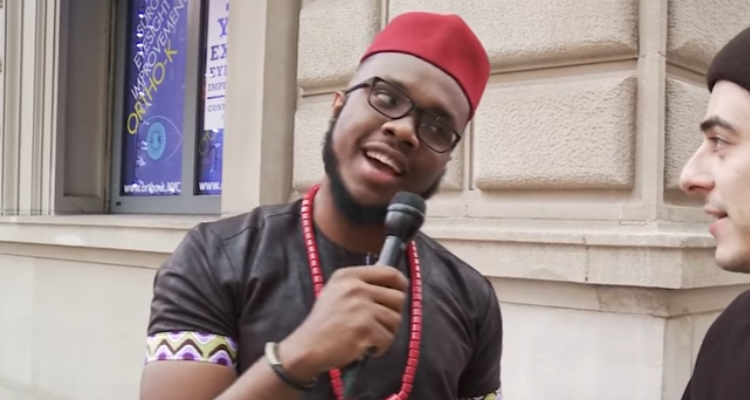 Who is Henry Obiefule? That’s what everyone wants to know, now that the comedian has just earned the largest paycheck of his life! The Nigerian comedian, who goes by the stage name Chief Obi, is making headlines all over and it’s no wonder—Henry Obiefule’s million dollar check is posted on Instagram!

Maybe we’re in the wrong business, because all the money seems to be in social media, and everyone wants a piece of the pie! Henry Obiefule’s African comedy has been around for a while, but thanks to his new-found wealth, everyone will be looking for Henry Obiefule’s Instagram (Chief Obi). The African funnyman has earned himself the attention of many, and now he’s even being paid for his hilarious antics!

Obiefule has more than 200,000 followers and is known for his comedy routines, where he acts as a stereotypical African father. According to CNN, he started making videos on the social media platform known as “Keek,” in 2012.

“My first video was just a regular goofy video,” he told CNN. “People liked it and demanded I did more so I continued. From ‘Keek’ we moved to ‘Vine’, from ‘Vine’ to ‘Instagram’.” Chief Obi is certainly climbing the comedy ladder quickly!

Chief Obi is the First Ambassador for Vomoz

Obiefule is the first brand ambassador for the communications company, Vomoz Communications, and he took to Instagram to share the good news of his recent millionaire status.

“I have been endorsed as the first ever Vomoz Communications Brand Ambassador,” the Nigerian comedian announced on his personal Instagram account.

Obiefule is not the first Nigerian Internet star to receive their big break. Child comedienne, Emmaneulla Samuel gained exposure and fame with her short and hilarious online clips, and has earned several awards for her work ever since. Not that she’s swimming in the big bucks like Chief Obi, at least not yet, anyway! Check out a clip of Chief Obi doing what he does best, below.


Chief Obi Plans on Being the Next Jamie Foxx

Even though he’s a newly minted member of the millionaires club, Obiefule doesn’t plan on just sitting on the money! He plans on making more! “The future holds a lot,” he said. “I can’t even begin to explain the things we have in store right now.”

He added: “By the grace of God I plan on taking African comedy to the next level. Like an all round entertainer. Think of like the Jamie Foxx of African comedy.”

After seeing some of his videos and laughing until it hurts, we can only expect to hear about another million dollar deal with his name on it, only it will be much bigger!