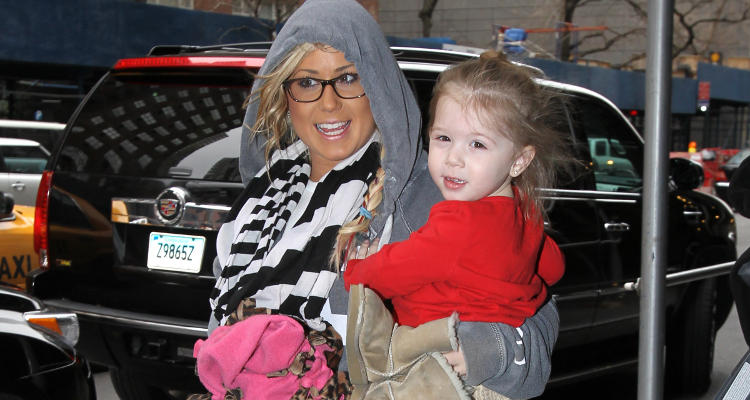 The 24-year-old actress and fiancé DeBoer, are all set to get married on October 1 this year, which means that she will be five months pregnant as she walks down the aisle. DeBoer proposed to Houska last November, by hanging their photos from a tree in the woods, and got down on one knee. He also asked Houska’s daughter Aubree if it was okay to marry her mother. At the time, Houska had posted a photo of the ring on Instagram, and we must admit, it was gorgeous. The ring is oval-shaped with a thin band.

The MTV sweethearts took to Instagram to share the happy news with their fans. Houska posted an adorable photo of Aubree holding a sonogram and captioned it, “And then there were four…” She even launched her website “www.chelseahouska.com” saying, “Oh my gosh! I’m so excited to finally be launching my website, and I felt like the perfect first post … would be to announce to everyone that baby DeBoer is expected in February 2017!” She added, “We are beyond excited for this journey and can’t wait to share it with you all! Big sister Aubree is also extremely excited, and it’s no secret that she is hoping for a girl haha.” DeBoer also chimed in, “I’m a proud dad of one already, so adding another to the family is just amazing.” Heartiest congratulations to the beautiful mommy-to-be!