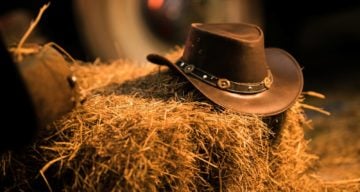 A new development on 1883, the buzzworthy prequel to Yellowstone, never fails to get attention. The introduction of a new character played by a familiar face this week has the 1883 community on social media on the edge of their seats. They want to know who Charlie is on 1883 and what kind of role he is going to play as the story goes on. Diehard Yellowstone fans would recognize that the character is portrayed by a familiar face. We reveal more into the identity of Charlie from 1883 here.

1883 is set in the 19th-century American West, following the Dutton family on a journey through the Great Plains to improve their fortunes. Episode 7 on February 6 concluded with the introduction of a new character that has fans intrigued.

Shea, Thomas, James, and Elsa fight a group of bandits who try to take their cattle herd. They are, however, outnumbered and close to retreating after a tough fight.

Enter Charles “Charlie” Goodnight, who fights off the bandits and saves Shea and the others. We soon find out that Charlie and Shea are friends from way back. At the end of the episode, Shea invites Charlie to spend time with them.

Yellowstone and 1883 fans probably recognize the actor behind Charlie. Taylor Sheridan, best known for his role in Sons of Anarchy, plays Charlie Goodnight.

Sheridan is also the creator and writer behind Yellowstone and 1883. He also portrayed Travis Wheatley on Yellowstone previously.

A character portrayed by the series’ creator and acclaimed screenwriter is bound to have a major role as the show progresses. Fans are already quite taken with Charlie and are eager to know if he joins Shea’s caravan.