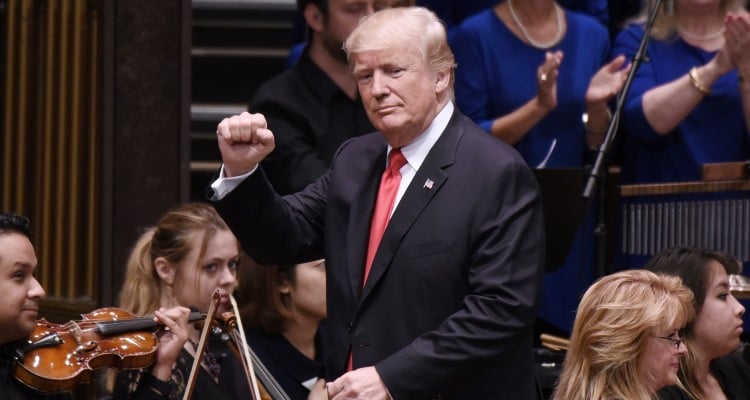 The hashtags #CharliieGard, #CharliesFight, and #SaveCharlie have flooded social media and have left many wondering—who is Charlie Gard? He’s a sweet 10-month-old baby born to Connie Yates and Chris Gard, and he unfortunately suffers from the rare genetic disorder called mitochondrial DNA depletion syndrome. Charlie’s young parents were devastated when they discovered they wouldn’t be able to take their infant son to the United States for the potentially life-saving treatment he needed to treat his condition. How could a family be barred from travelling to save their son’s life? Charlie Gard’s story of a rare genetic disorder and unexpected support from the U.S. president has caught the attention and stunned millions across the globe. To find out more about this infant’s story and the link between Charlie Gard and Donald Trump, keep on reading our Charlie Gard wiki!

In September 2016, when he was just a month old, Charlie Gard was diagnosed with a rare genetic condition called mitochondrial depletion syndrome. This causes progressive muscle weakness in patients, as well as brain damage. Now 10 months old, Charlie is unable to move his limbs, eat, or even breathe without assistance. While both of his parents are (now) known carriers of the gene, they were completely unaware of it until Charlie turned three months old. According to the fundraising page they’ve set up to help afford his medical care, Charlie is only the sixteenth known person in the world with this debilitating condition.

While the family resides in Britain, they’ve recently found hope in an experimental drug in the U.S. that has the potential to help their son get better. Charlie’s parents stated on their fundraising page that “After endlessly researching and speaking to [doctors] all over the world we found hope in a medication that may help him and a [doctor] in America has accepted him in his hospital. It hasn’t been tried on anyone with his gene before… but it’s had success with another mitochondrial depletion syndrome called TK2 which is similar.” Gard and Yates went to say that they “strongly feel . . . Charlie should get a chance to try these medications” and that he has “literally has nothing to lose but potentially a healthier, happier life to gain.” The family’s GoFundMe page has surpassed their goal and has now raised £1,319,380 from a total of 83,694 contributors.

His Doctors at GOSH are Against the Experimental Treatment

Charlie’s parents have high hopes for the experimental drug, but unfortunately his U.K. doctors at London’s Great Ormond Street Hospital (GOSH) don’t share the same optimism when it comes to his prognosis. The hospital made a statement on their website saying, “GOSH concluded that the experimental treatment, which is not designed to be curative, would not improve Charlie’s quality of life.” After considering whether the experimental treatment would be beneficial for Charlie, doctors at GOSH concluded that it would be best to remove him from life support and make him comfortable with a palliative care regime that would allow him to “die with dignity.”

One of the main factors that went into this decision is the amount of observed damage that has already occurred to Charlie’s brain. The hospital’s statement read, “…Charlie’s brain was shown to be extensively damaged at a cellular level. The clinician in the U.S. who is offering the treatment agrees that the experimental treatment will not reverse the brain damage that has already occurred.” The experienced medical team at the U.K. hospital all agreed that further treatment would be futile.

Since Charlie’s parents disagreed with the hospital’s decision, their case went to the Family Division of Britain’s High Court in London. Much to the family’s dismay, the High Court ruled last April that “with the heaviest of hearts” that it was in Charlie’s best interests for GOSH to “lawfully withdraw all treatment save for palliative care to permit Charlie to die with dignity.”

Gard and Yates continued to fight for their son’s treatment, but was defeated by the Court of Appeal, Britain’s Supreme Court, and finally the European Court of Human Rights (ECHR) on June 27. Just after the final decision made by the ECHR, the Gard family found themselves an unlikely ally—in U.S. president, Donald Trump!

President Donald Trump to the Rescue?

President Trump sent out a tweet vocalizing his support for Charlie, and offering his help if possible:

If we can help little #CharlieGard, as per our friends in the U.K. and the Pope, we would be delighted to do so.

The Independent also reported that a spokesperson from the White House released a statement, saying: “Upon learning of baby Charlie Gard’s situation, President Trump has offered to help the family in this heartbreaking situation. Although the President himself has not spoken to the family, he does not want to pressure them in any way. Members of the administration have spoken to the family in calls facilitated by the British Government.”

As of right now, no legal action has taken place by order of the president, and decisions regarding Charlie’s future remain unchanged.

Our fingers are crossed for this little fighter, check back here for updates on this developing story!

@dailymail – Their poignant family picnic on the roof of the world-renowned London hospital was organised as a surprise for them by nurses moved by the devoted parents’ plight.Miss Yates, 31, a carer, said: ‘Charlie was awake the whole time. It was wonderful for him to feel the sun on his face and the wind in his hair.‘We put on some music and Chris and I lay down next to Charlie. For the first time in months we felt like a normal family.’It was a rare break away from the tension of hospital wards and courtrooms for the young family. Speaking for the first time since the Supreme Court decision last week, Miss Yates said she and Mr Gard, 32, a postman, felt they had been ‘terribly let down’ by the British courts.She told the Daily Mail: ‘We feel terribly let down by the UK justice system. We are still shocked that the Supreme Court wouldn’t even hear our appeal.‘The doctor in America says he believes there is no reason why the therapy won’t work for Charlie. Any parent would battle on as we have. We can’t give up knowing there is a treatment available which could save his life.’