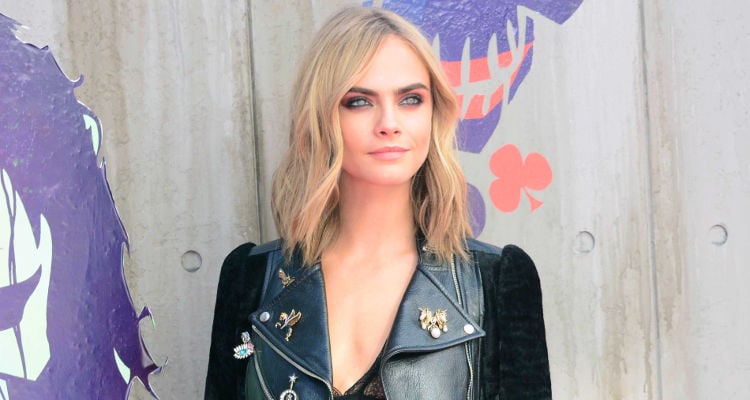 It seems that in the bubble surrounding Hollywood’s hottest celebs, many come to form relationships with each other; no shock there. Apart from the movies, fans are always curious to know who their favorite Hollywood celebrity is currently dating. For all the Cara Delevingne’s fans, if you are wondering who is Cara Delevingne dating, we will get to that. But first, let us learn a thing or two about the astonishing, Cara Delevingne!

She was born as Cara Jocelyn Delevingne on August 12, 1992, in Hammersmith, London to Charles Hamar Delevingne and Pandora Anne Delevingne. Although she was born in Hammersmith, she grew up in Belgravia, located in London. It is considered to be one of the wealthiest districts in the world. Like her older sister Poppy Delevingne, Cara got into the world of modeling when she was only sixteen years old.

Cara is an amazing model and an aspiring actress. She has done many photo shoots for various magazines and products. In fact, Cara Delevingne has even posed naked for last September’s issue of Esquire magazine. She turned her back on modeling to concentrate on her acting career, however, the she doesn’t shy away from photo shoots when the opportunity is presented.

Apart from modeling, she has tried her hand in acting, as well. She has acted in several movies such as Anna Karenina, The Face of an Angel, and her latest movie, Suicide Squad. Like other Hollywood actresses, she has also been linked to many other famous people. Let us take a look at her dating timeline.

It is with pride that I present the St. Vincent Signature @ernieball MusicMan Guitar. I wanted to design a tool that would be ergonomic*, lightweight, and sleek. So excited to be working with Ernie Ball. *There is room for a breast^ ^Or two

If you didn’t already know, Cara is bisexual. If you are wondering who is Cara Delevingne dating, let us tell you that currently she is dating American musician, Annie Clark, who is best known by her stage name St. Vincent. They both started dating in 2015 and are still going strong. In one of her interviews with Vogue she said, “I think that being in love with my girlfriend is a big part of why I’m feeling so happy with who I am these days.”

In the year 2014, there were rumors about Cara dating Jack O’Connell. Some sources claim that Cara and The Unbroken star dated for a month, however, no one truly know if the news was true or not. It seemed their supposed romance fizzled out and they broke up in December 2014.

@vanityfair !!! In @galialahav couture thank you @lorraineschwartz for my bling and thanks to my boy @mannyuk for the last minute hook up #Oscars #OscarWeekend

Cara and Michelle started dating each other in the year 2014, and they became official in February. However, the relationship between Fast and Furious star did not last for more than six months. In one of Michelle’s interviews, she called herself a lone wolf. Maybe that is the reason behind their split.

I’m so proud of my actor son

The only thing that Taylor Swift and Cara Delevingne have in common is their ex: Harry Styles. Again this was a passing rumor, so nobody is sure whether the two were together for sure. In September, there was news that Harry and Cara were dating each other, in fact, sources claim that he was madly in love with the 23-year-old model. They were even spotted together many times but their romance just lasted for few weeks.

Singer, Geordie Shore was also linked with Cara. The pair started dating in early 2013. Their friendship turned into something serious, and in one of the interviews, Gaz said, “We always send each other pictures and videos of where we are. The other night I sent her a picture of a bottle of vodka saying, ‘I’m in preparation for our night out.” But, as usual the whole thing died down pretty quickly.

Talk about young love! In February 2013, Cara was frequently spotted with Jake Bugg. However, like her other hook-ups, this relationship also did not last for very long because of Cara’s aspiring career. He said, “It was quite intense, flashing cameras and all that crap.”

These are just some of the people Cara dated or have been paired up with. We just hope she finds her happily ever after with St.Vincent, if things work out between them!

Also Read: Leaked Photos of Harry Styles and Kendall Jenner Exposed: See How and Why!