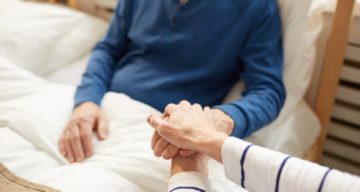 Metinka Slater has been Iowa’s premiere meteorologist during her two-decade career, most of which was spent at KCCI. The meteorologist now plans to step back from broadcast for a new job after her last day on air on March 30. Now she will have a less hectic schedule and possibly more time to spend with her family. Metinka Slater’s husband, Brian Slater, is no stranger to the local community or the weather anchor’s followers. Their relationship is low-key, but viewers adore the glimpses of their family on Metinka’s social media. It provokes some curiosity about who the meteorologist’s husband is. So we reveal more about who Brian Slater is here.

Brian Slater was born on August 9, 1968, per Facebook postings from friends, and is a native of Iowa. He grew up in Norwalk and is currently based in Des Moines.

He graduated from Guthrie Center High School in 1986 and attended Buena Vista University. He earned his BS in computer science and mathematics in 1990 while lettering four years in baseball.

Soon after, he began his professional career as a developer in a software company. He later joined the Principal Financial Group in 1993. In a 15-year span, he was an IT analyst, enterprise architect, and IT architect senior.

He held similar roles at Aviva Life Insurance from 2009 to 2013. He was also the director of infrastructure services at Athene Holdings from 2013 to 2015. Currently, Slater is the principal architect at ACT.

Tishara, like her dad, is pursuing a degree in computer science from Central College. She currently works at a bridal boutique.