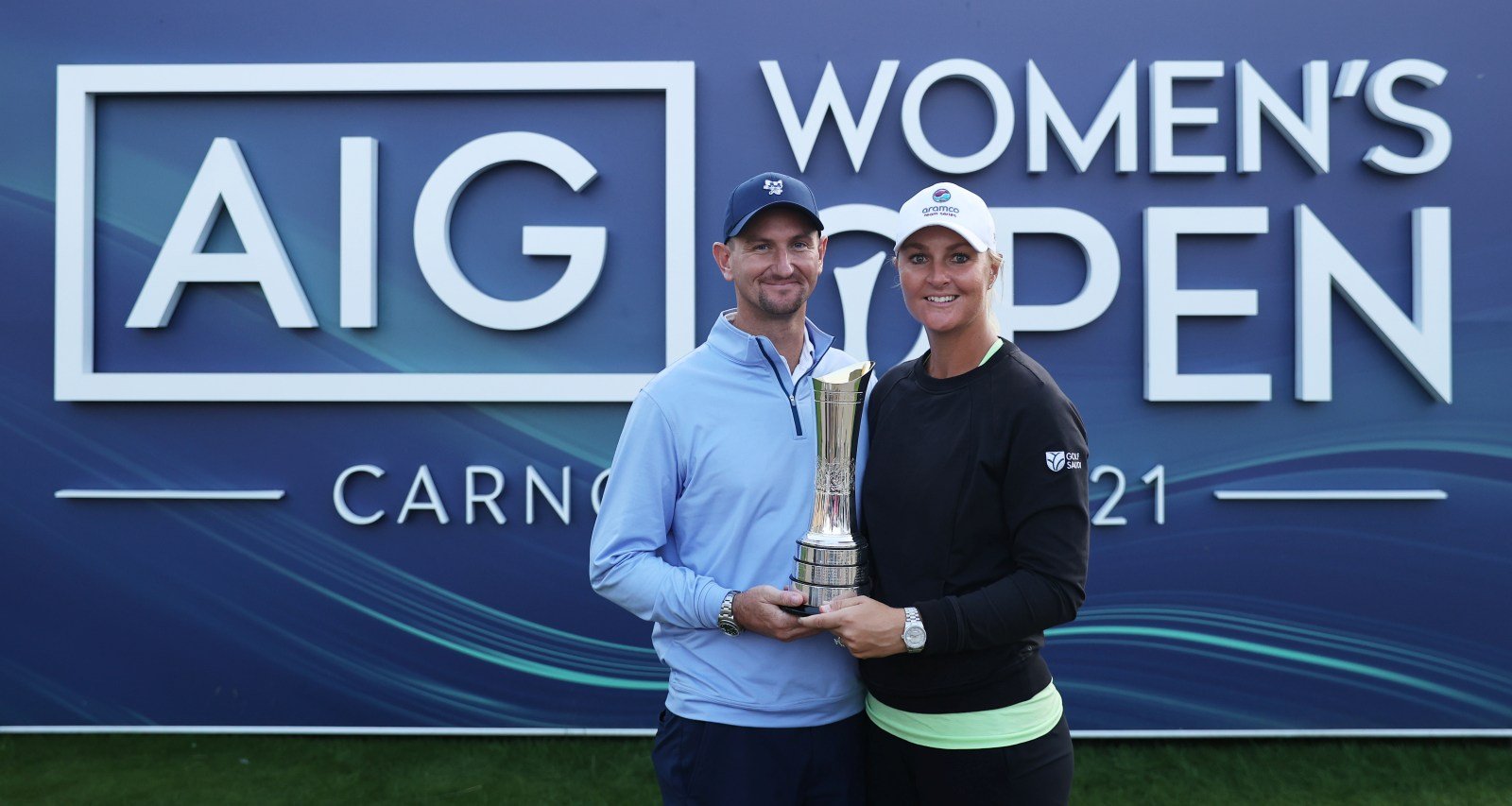 Anna Nordqvist has cinched her third golf major with the Women’s British Open win in August 2021. The attention is now not only on the golf star, but also on her personal life. Golf watchers want to know who Anna Nordqvist’s husband is, or if she is married. Nordqvist and her longtime boyfriend-turned-fiancé, Kevin McAlpine, had planned a 2020 wedding before the pandemic forced them to reschedule. But fans have reason to believe that Nordqvist and McAlpine are married. We reveal more about their relationship and Anna Nordqvist’s rumored husband here.

Kevin McAlpine was born on January 13, 1984, and hails from Blairgowrie, Scotland. He is the son of Allison and Hamish McAlpine. He also has a sister whose identity is not known.

Soccer fans might recognize Kevin’s dad Hamish. The retired athlete was a goalkeeper who played for Dundee United in the Scottish Football League.

Hamish was also a prolific golfer. And it appears that Kevin picked golf clubs over soccer.

In his playing career, McAlpine won the Scottish Amateur Championship title in 2006. After graduating in 2006, he worked as a surveyor for over two years.

McAlpine, however, returned to golf in 2010, but not as a player. He’s been a professional caddie since 2010, and has assisted Lexi Thompson, Amy Yang, and Martin Laird on the greens.

Back in Scotland and Ireland, he’s been an area sales manager for GolphinforKids since 2016.

Swedish golfer Anna Nordqvist, who turned pro in 2008, first posted about her Scottish boyfriend in 2017. It’s unknown how Nordqvist and McAlpine met and began dating.

The couple got engaged on December 13, 2018. They had set July 11, 2020, as their wedding date, and Nordqvist shared glimpses of the wedding planning on her Instagram.

The COVID-19 pandemic not only suspended golf and other sporting league events last year, but also forced the longtime pair to postpone their wedding. A few weeks ago, the LPGA star’s social media activity indicated that she and McAlpine are married.

Fans speculate that they got married mid-2021, before Nordqvist dove into a very busy season. While she travels between tournaments, she has been missing McAlpine as she reveals on her posts.