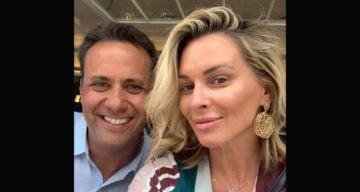 Jedd Fisch joins the University of Arizona’s football team as head coach after coaching the quarterbacks of the New England Patriots. His high-profile career is as much in the spotlight as the team he is currently building at UA. And there’s also curiosity about the coach’s family, especially about who his wife is. Jedd Fisch has had the support of his wife, Amber Fisch, throughout his career. She has moved with him wherever his career took him, and the Arizona Wildcats are fortunate to have a supportive figure in Amber.

Born Amber Mosley on February 8, 1976, she is the daughter of Jan Joplin and Kim Mosley. Amber was raised in Texas, but has also lived in California.

Amber’s parents are separated. Her mother Jan is married to one Scott Joplin. Jan is also mom to a daughter named Mindy and a son, Greg.

Amber’s father Kim is married to a Polly Mosley. He is based in Texas.

Amber and Jedd Fisch celebrate their wedding anniversary on June 26. They are parents to three daughters—Zaylee, Ashlee, and Kendall. Football fans would be familiar with the coach’s daughters, who often feature on their parents’ social media accounts.

The oldest, Zaylee Arnet Fisch, was born on November 10, 1998. Before Jedd joined the University of Arizona as a football coach, he already had a connection to the school, as Zaylee is a student there.