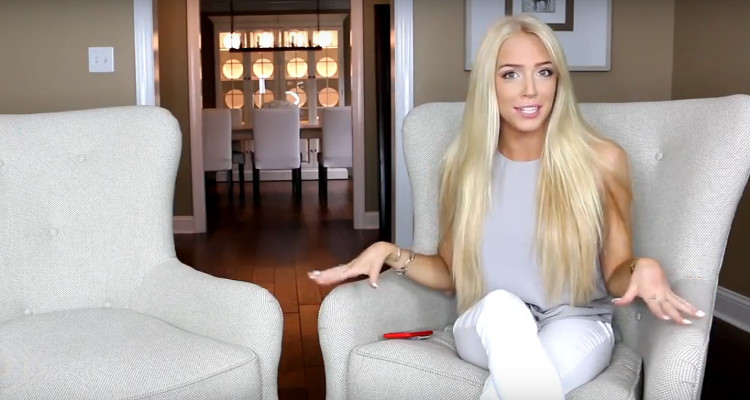 Alexandra Cooper has found herself under the spotlight ever since she was spotted kissing baseball star, Noah Syndergaard at a Knicks game earlier this week. The stunning soccer player is a student at Boston University and one look at her Instagram account proves why she was named “Babe of the Day.”

A lot of guys would love to be in Noah Syndergaard’s shoes right now. Syndergaard is pitcher for the New York Mets in Major League Baseball. His nickname is “Thor” and he was named an All-Star in 2016. He was also the Mets Opening Day starting pitcher for this year’s season. With his looks and skills, people have been asking who Noah Syndergaard is dating. Well, the reason he is in the news right now is because he was seen kissing his super hot date, Alexandra Cooper, when they were watching the New York Knicks play the Chicago Bulls at Madison Square Garden. Is she Noah Syndergaard’s girlfriend? Considering Alexandra Cooper and Noah Syndergaard were caught kissing at the game likely means something is brewing between the two.

When you FaceTime him and it says connecting ?

Alexandra Cooper is a senior at Boston University and a former soccer player, and it looks like she is the new girl in Syndergaard’s life. She certainly acted the part when she sat in the front row playing with Syndergaard’s long hair and not being shy about the PDA while the game was on. Cooper was born on August 21, 1994, making her age just 22. She is one of the three children of Bryan and Laurie Cooper, along with her sister Kathryn and brother Grant.

An Achiever at College

Cooper has a passion for soccer and was as a co-captain as a senior. She led her team to four MCT Championships, won the Prep-A title all four seasons, earned All-Prep First Team, and All-Area First Team honors as a junior and a senior. Cooper is originally from Newtown, Pennsylvania and attended Pennington High School. According to sources, she works as a sports intern at WHDH Channel 7. Her looks have not gone unnoticed as in 2016 she was a featured as the “Instagram Babe of the Day.”

Ever since she was spotted with Noah Syndergaard at the Knicks game, people have been searching for Alexandra Cooper’s hot pics on the Internet. Her Instagram account has 43.5k followers, and she regularly posts pictures of herself vacationing, hanging out with friends, and occasionally posts an ad or two. After being seen with the MLB player, there is no doubt that people will checking out more of Cooper’s posts to learn more about Syndergaard’s girlfriend.