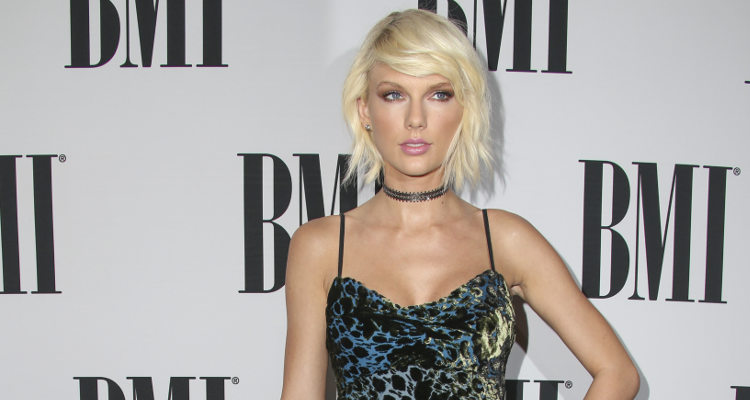 It’s no secret that Taylor Swift loves writing songs inspired by her exes. The songstress has suddenly called it quits with Tom Hiddleston, after dating for three months. So, a new song may be around the corner! This latest addition to the Swift exes list has the songstress’ fans curious about her dating time-line. For those who have been googling terms like, “list of Taylor Swift’s boyfriends,” “who has Taylor Swift dated,” “how many boyfriends has Taylor Swift had?” and “Taylor Swift ex-boyfriends,” we have the complete list of Swift’s A-list boyfriends, along with the songs they inspired.

Swift dated the Disney star, Joe Jonas for a few months in 2008, but it ended bitterly when Jonas dumped her over the phone! Ouch! Swift also said on the Ellen DeGeneres Show that the entire break-up conversation lasted only 27 seconds. Swift’s scathing track, “Last Kiss” for her album Forever and Always was a last minute addition to the album, following this break-up.

Swift went on to date her Valentine’s Day co-star, Taylor Lautner back in 2009. The pair was even dubbed as Taylor Squared. Swift said they didn’t work out together because apparently he had more serious feelings than her. The song “Back to December” is said to be written as an apology to him.

The talented musician seems to attract the biggest female pop-stars of the generation. John Mayer dated Swift from December 2009 to January 2010, before dating Katy Perry. Swift was only 19 at the time and Mayer is 12 years her senior. Apparently, Swift didn’t like how he treated her when they were dating. “Dear John” and “I knew you were trouble” are rumored to be inspired by Mayer.

Gyllenhaal and Swift dated from October 2010 to January 2011. The actor reportedly spent $160,000 to have her flown over on a private jet for a date! He later broke up with her via text. Poor Taylor gets dumped over the phone a lot! At least she got a few songs out of their relationship. “We Are Never Ever Getting Back Together”, “All Too Well”, “Girl At Home” and “The Moment I Knew” are rumored to be inspired by the actor.

Now, he’s no Hollywood personality but Conor Kennedy is nothing short of an A-list celebrity. Swift dated Robert F. Kennedy’s grandson for three months in 2012. Apparently, Conor called it off because Swift, who is four years older to him, was coming on too strong. A source close to Conor said that Swift was “more obsessed with the idea of dating a Kennedy, than the actual Kennedy she was dating.”

Dubbed as Haylor, Swift dated the One Directioner from October 2012 to January 2013. The pair received immense amount of media attention, much more than they could handle and they broke up. “Out of the Woods” and “Style” is supposedly about Styles.

The last boyfriend before Hiddleston, Swift and Harris were introduced by mutual friend, Ellie Goulding. They’ve dated longer than any of Swift’s previous boyfriends, a total of 15 months to be exact. However, the couple split amicably, or so they say. Only two weeks later, Swift was spotted with Tom Hiddleston and needless to say the humiliated DJ deleted all trace of Swift from his social media.