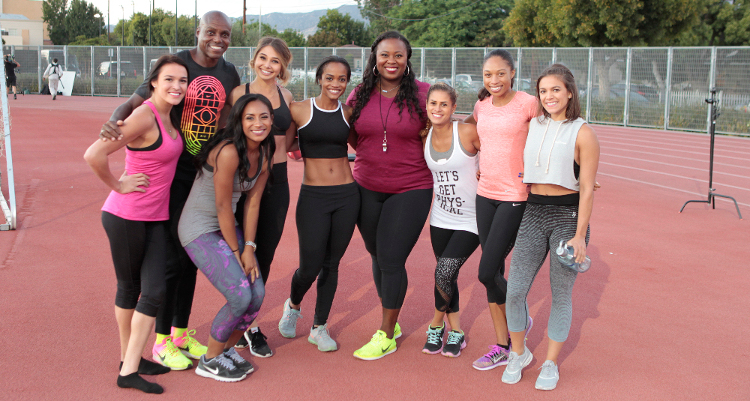 The year began with all-new drama from The Bachelor which has only finished its third week. Tonight’s episode was filled with famous faces and lots of drama. But of course, the thing that everyone wants to know most is who got eliminated on The Bachelor tonight.

We got to start the week with some exciting Bachelor drama! The latest episode of The Bachelor 2017 aired tonight, and it was star-studded, to say the least. Joining The Bachelor Nick Viall and the 21 ladies were the Backstreet Boys (cue the screams) and Olympians, Carl Lewis, Allyson Lewis, and Michelle Carter. After dealing with the aftermath of Liz Sandoz’s elimination last episode, the girls experienced extraordinary group dates, and some turmoil. Tonight, we had to bid farewell to four contestants from The Bachelor mansion. Who went home on The Bachelor tonight? We’ve got the spoilers for tonight’s episode right here. If you’re not up to date with The Bachelor, consider yourself warned for spoilers.

Previously on The Bachelor

Last week, Elizabeth “Liz” Sandoz was one of the ladies who got to play out a fake breakup scene with Viall but instead, she delivered a breakup speech alluding to her past fling with him. Viall has been on edge since Sandoz arrived at the mansion and he was afraid the other ladies might think differently of him if they knew of his past with her.

Viall subtly interrogated the ladies and found out that Sandoz had told Christen Whitney about their one-night-stand. That was enough for our Bachelor to send Sandoz packing. He called the remaining ladies to come clean about Sandoz and the episode ended.

Tonight’s episode took off from there. The ladies were, of course, shocked to know about Viall and Sandoz, and continued talking about it the next day. Viall gave each lady one-on-one time to talk about the situation, which they took in stride.

All except Corinne Olympios. The Bachelor villain is not happy that one of the other girls shared a history with Viall. So Olympios did what she does best- steals Viall’s attention and makes enemies with the girls. She also misses the rose ceremony, but already has a rose from the last group date, meaning she’s saved from elimination.

Backstreet’s Back… On The Bachelor!

Kristina, Jasmine, Whitney, Danielle L., Taylor, Corinne, and Christen rehearsed with Viall and the Backstreet Boys and later performed at their concert. Later, that night, the cast had a cocktail party and Viall talks to Olympios about her skipping the rose ceremony. They work it out and Olympios was back to sleeping away and skipping Bachelor events.

Viall and the girls have the time of their lives at the Backstreet Boys concert. Danielle Lombard is the lucky winner of the group date rose while Vanessa Grimaldi earns a one-on-one date with Viall. Grimaldi and Viall have a date in a zero gravity airplane. It was fun until Grimaldi got sick and threw up in a paper bag. Viall, ever the gentleman, comforts her. As it turns out, Grimaldi throwing up on the date actually brings her and Viall closer.

“If you wanna party let me hear you yell!”‘ @backstreetboys #TheBachelor pic.twitter.com/qRpHR67YoI

Olympians Arrive on The Bachelor

We saw Astrid, Rachel, and Alexis were in the final round of the track and field event, where they raced to get an engagement ring. Among the chaos, Rachel (who was in first place_ dropped the ring, allowing Astrid (who was in last place) to pick it up and earn some alone-time with Viall.

Who Went Home on The Bachelor Tonight?

The rose ceremony occurred early in the episode this time around. After Viall had revealed what went down with Liz Sandoz, there was the cocktail party and rose ceremony. Corinne skipped the rose ceremony which made Viall upset, though he went ahead and handed out roses to 15 girls. Elizabeth Whitelaw, Hailey Merkt, and Lacey Mark went home rose-less.

This episode saw another surprise exit. Dominique Alexis, who was getting very emotional for not getting any attention from Viall, confronted our bachelor about it. While she claims he is not giving her a fair chance, Viall reasons he has simply gotten closer to the other girls. Viall ultimately decides he doesn’t want to keep her stringing along and sends Dominique Alexis home. Once again, Viall broke the news of the sudden elimination to the girls and hands the group date rose to Rachel, the same lady who won the first impression rose.
After the departures of Liz, Elizabeth, Hailey, Lacey, and Dominique, 17 contestants are left in The Bachelor 2017. Next week, the ladies reach their boiling point with Corinne. Don’t miss The Bachelor drama, next Monday, at 8:00 p.m. EST only on ABC.