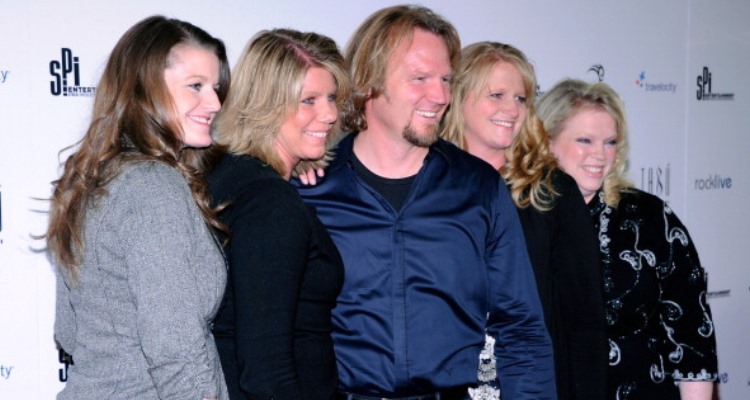 Who catfished Meri on Sister Wives? Meri Brown has endured a lot of drama since the controversial show premiered back in 2010, including infertility issues and the pressure of having to share her husband of 20+ years with three other women. But in 2015, things really took a turn for the worst after Meri was forced to legally divorce Kody, so that he could marry and adopt his fourth wife, Robyn. Then, there came the catfish scandal that nearly destroyed her relationship with her family and left the fate of the show hanging in the balance. Read on for everything you need to know about Sister Wives’ Meri, the catfish scam, and everything in between.

The backlash following the 2015 Sister Wives catfish scandal is still plaguing the Brown family. There have been a few of reports that TLC isn’t planning on renewing the show for another season, and it’s likely due to the obviously strained relationship between the sister wives and the patriarch of the family, Kody Brown. Although the family has certainly endured its fair share of controversy over the years (including family secrets, not to mention the unconventional nature of their family unit), as well as being subjected to Utah’s strict laws about polygamy; Meri Brown, in particular, has had a rough couple of years. And then the catfish incident caused an even bigger stir. It has led fans of the show to wonder who catfished Meri on Sister Wives and whether or not the show (and the Brown family) will be able to bounce back from this.

Despite living a polygamous lifestyle that’s been shrouded in tremendous controversy and public scrutiny (as well as immense jealousy amongst the sister wives themselves), marriage laws in the United States are very clear about the fact that each citizen can only legally have one spouse. For nearly 25 years, Meri Brown (nee Barker) was Kody’s legal wife while he was also spiritually wed to three other women: Christine, Janelle, and Robyn.

While it’s apparent that there was always some level of underlying tension between the sister wives even from the very beginning, it seems like things got significantly worse in season 5 of the show; Meri, who was already suffering from infertility issues, begrudgingly filed for divorce from Kody so that he could legally marry Robyn and adopt her three kids.

Not only was she already humiliated and heart broken (as divorce is frowned upon in the bigamy community), but this purported catfish scam was the icing on the cake.

Who Catfished Meri On Sister Wives?

Despite being legally divorced from Kody, Meri was still technically a part of the Brown clan. However, with her only daughter pursuing a higher education in college and her husband spreading his attention thin between his four wives and their 18 children, Meri was understandably feeling incredibly jealous, downtrodden, and lonely. These feelings of trepidation are what inspired her to turn to social media to get the attention and human contact the 47-year-old mother of one was desperately craving.

So, she turned to social media, specifically Twitter, in the hopes that forging even an artificial connection with strangers online would help assuage her sadness.

In a very heart-wrenching and emotional confessional on a 2015 episode of Sister Wives, Meri describes her state of mind throughout the whole ordeal with a relentless catfisher who turned out to be an imposter:

“I got into this place where I was talking to different people on social media and kind of, you know, making friends and I got into this situation talking to one person who really made me trust him. He was just saying all the right things, being very kind and very compassionate and understanding and I trusted him. We kind of just started talking online and I laughed.”

In case you’re wondering who the heartless culprit is, her name is Jacquelyn Overton and she’s well known for tricking or catfishing celebrities online and trying to take advantage of them when they’re down on their luck.

No Rest for the Wicked

Not only did this person pretend to be a wealthy, handsome, and caring man named Samuel “Sam” Cooper, but she also took it upon herself to post all of the intimate photos and messages shared between herself and Meri on her blog, which is called NotBatmanYet.

On this web site, you can also find a link to purchase a self-published e-book written by Jacquelyn Overton entitled Almost Meri’ed. It provides further details on the emotional relationship between Meri and the fictional Sam Cooper and how Overton managed to not only gain Meri’s trust while she was in a vulnerable state of mind, but how she was able to extrapolate very sensitive and personal information from her, as well.

The motive behind this Sister Wives catfish scam is wholly unclear at this point, but according to Overton’s blog, there’s also a sequel to her first book available for purchase, entitled Almost Defame’ed.

Overton was arrested in 2015 shortly after the news of this scandal, due to an accumulation of unpaid traffic tickets. Unfortunately, she was released on bond not long after her arrest and is still profiting off of her fraudulent taunting of Meri Brown.