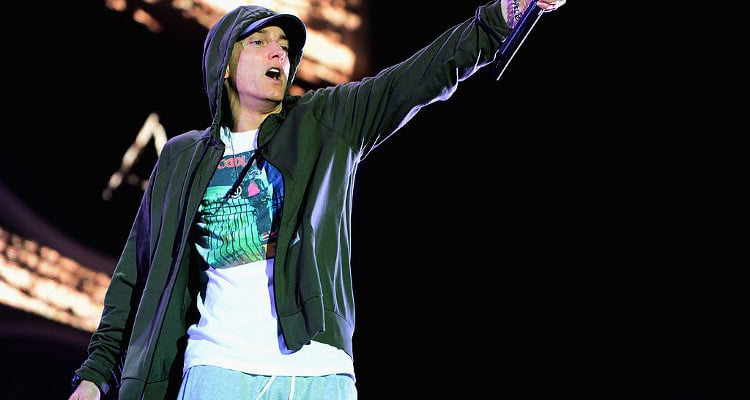 Hip-hop star, Eminem—real name Marshall Bruce Mathers III—has never been shy about revealing his private life or singing about the people in it, in his songs. He’s often rapped about his personal demons and has given listeners an insight into the problems he’s faced over time, from growing up poor to gang related violence and issues with drugs.

Even with all the issues he’s faced, Eminem has survived and continues to be an inspiration for many.

When it comes to his family and relationships, he’s been open about some subjects, while quieter on others. His mother, Deborah and his ex-wife, Kimberly Scott have been cited negatively in his lyrics, often being targets of his anger and frustrations. He’s also criticized his own biological father, whom he’s never met.

But there’s more to Eminem’s private life that what you see on the surface. He’s a father, and not just to one daughter, but to three! One in particular, his daughter Whitney Scott Mathers, is sometimes seen in the public eye.

But many aren’t familiar with her, her exact background or her actual relationship with the famous singer. Many aren’t even sure how she’s really related to Eminem, if at all!

While Eminem has full custody of Whitney, he’s not actually her biological father. Whitney is the result of a brief relationship between her mother, Kim (Eminem’s ex-wife and mother to his biological daughter, Hallie) and a man named Eric Hatter. But Eminem loves her as if she were his own.

Her Biological Dad has Problems

Unfortunately, Mr. Hatter has had numerous run-ins with the law. He’s been an ex-convict and has faced several drug charges over the years. While his mother, Mary has sued for visitation rights on his behalf, very little has come of this and Eminem continues to hold full custody over Whitney.

She has Two “Sisters”

Many people have talked about the Eminem “daughters.” Some people think he has only one daughter, while others have speculated he has as many as four! This is where things get a bit complicated so try and follow along…

To start, there’s Eminem’s biological daughter, Hallie, born to Eminem and ex-wife Kim, back in 1995. She’s now a high school graduate and is currently studying psychology at Michigan State University. (Feeling old, yet?)

But there’s also Amanda Scott, or “Alaina,” who’s often identified as her other sister. However, there’s a story to her, too. She was born to Kim Scott’s twin sister, Dawn in 1993. Eminem also adopted her around the same time he adopted Whitney. (Don’t worry, you’ll read more about Dawn momentarily.)

Her Aunt Recently Passed Away

Tragically, Dawn also had issues with years of substance abuse, which led to her eventually having to relinquish custody of her children. In January 2016, Dawn was found dead in her Warren, Michigan home of an apparent heroin overdose.

Eminem is a Loving Father

By all accounts, Eminem is a doting father to all of his daughters, biological or not, and enjoys being a parent. Some have gone so far as to say he spoils them regularly! To be fair, he was quoted as saying around the time of Whitney’s adoption, ““I’m in love with that girl, man. She’s so sweet and funny.”

Who is Whitney Scott Mathers’ Boyfriend?

Nobody really knows. Most speculate that while she’s only 14, she probably isn’t actively dating, just yet. And with a father as intimidating as Eminem himself, it’s no wonder! However, no one can be sure as Eminem has been keen to keep both his and his family’s personal life out of the public eye as much as possible.

What is Whitney Scott Mathers’ Net Worth?

Again, no one knows. She likely lives comfortably with her father, as he has gained extreme wealth from his extensive music earnings. At present, Eminem’s net worth is valued at approximately $170 million!