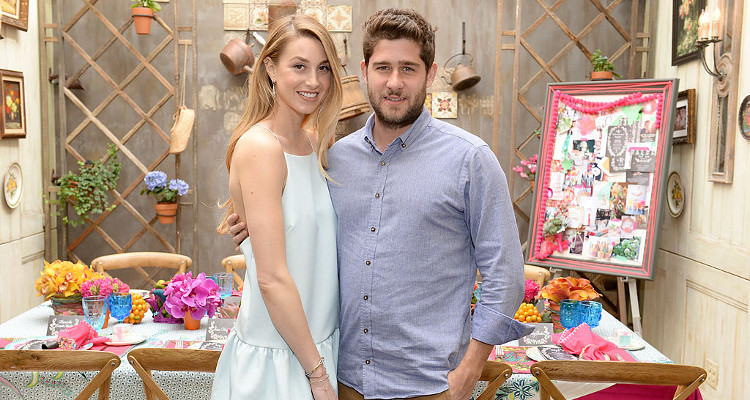 If you were a fan of The Hills and The City, you should already know that one of the stars of the shows, Whitney Port, is expecting her first child! While she’s talking about her difficult pregnancy, we wonder how Whitney Port’s husband, Tim Rosenman, is coping.

This year is anticipating a fleet of adorable celebrity babies. After supermodels, singers, and actresses, reality stars can’t be far behind. Whitney Port of The Hills fame is expecting her first child with husband, Tim Rosenman, whom she has been with for a few years now. They might as well cast the new generation of The Hills with Port’s costars Lauren Conrad and Heidi Montag, who are also pregnant! Whitney Port’s husband is not a reality personality like his wife, but he’s connected to reality television. While Whitney Port’s pregnancy is stealing the spotlight, let’s find out more about her husband in Tim Rosenman’s wiki.

#1. Rosenman’s Connection to The City

Whitney Port and Lauren Conrad starred in The Hills and due to its massive success, MTV launched a spin-off called The City. After the series ended, Port launched her own fashion lone called “Whitney Eve” and moved to New York City to work with Diane Von Furstenberg, which became the focus of The City.

When the show started, Port was in a relationship with her then-boyfriend, Jay Lyon. But they broke up halfway through the first season. The producers replaced Lyon, along with a few other characters, and the show focused on the development of Port’s fashion business.

Romance appeared to have taken a backseat for Port during the show. After the show had ended we learned that she has a new man in her life. In 2012, the reality starlet gushed about the fact that she’s dating the former associate producer of The City, Tim Rosenman.

Rosenman is a TV producer who has worked on The City and The X Factor. His net worth is not known, but we’re eager to know how it stacks up to Port’s net worth of $3.5 million!

#2. She Made the First Move

Port had broken up with Ben Nemtin from MTV’s, The Buried Life after The City ended. She kept in touch with Rosenman and the two had crushes on each other. But Rosenman wasn’t willing to “cross that line” and approach her.

So, Port decided to make the first move. The 32-year-old got his phone number and made up an excuse to talk to him. “’I kind of felt he was never gonna try it with me. He’s not shy but I know in his past with girls he had difficulty making the first move,” she explained in an interview. “And I know, because of our jobs —because I was the talent and he was the producer— he wasn’t going to cross that line. It had to be me, you know.” The couple announced they were dating in 2012.

To the love of my life on #valentinesday: More than ever I am so grateful for you. Our journey has already been a rollercoaster ? and you have never left my side. Soon we will embark on the next crazy chapter of becoming parents and I cannot imagine another human being to share it with. You are my everything and I ❤️ you so much.

#3. His Sister is Also the Fashion Business

Tim Rosenman grew up in NYC with his parents, brother, and sister. Like The Hills star, Rosenman’s sister, Hilary is a fashionista. Their mother, a florist, was the creative one, while their dad was a dentist. Both parents had entrepreneurial skills, so it makes sense that Hilary Rosenman has a creative fashion sense and is an entrepreneur. She learned everything about the fashion industry by working for one of her parents’ friends.

She first learned how to make t-shirts and distribute them to stores. It later evolved into a full-blown clothing line with shoes. As her designs became more popular, she collaborated with Charlotte Ronson, Damon Dash, and Jay-Z to go one step further. She launched the shoe collection, “Madison Harding” with her friend, and she also sold clothing online. With the help of a distributor, her business took off.

#4. Their Wedding was No Hills Reunion

When the couple announced their engagement in 2013, many expected that Whitney Port and Tim Rosenman’s wedding would be a Hills reunion. But Port had no intention of inviting her Hills costars, Lauren Conrad, Heidi Montag or Audrina Patridge. She said, “I think we all kind of went our separate ways once the show ended … I’m fine with it, like I’m at peace with it. With me, I never feuded with anyone, and nothing ever ended badly, so it just naturally happened.”

They tied the knot in 2015 in Palm Springs, California. Port wore a custom wedding dress by Ashi Couture, while the rings were from Tacori. Whitney’s sister, Ashley Port is a professional wedding planner, so she planned everything for her sister’s big day.

The secret is out! Whitney Port (@whitneyeveport) and Tim Rosenman’s Wedding was one of the most beautiful and special weddings I have ever had the honor of capturing. It was such a pleasure working with these lovely people this past weekend in Palm Springs! For a sneak peak, check out the newest issue of @usweekly. I will be posting the full wedding album towards the end of the month. Stay tuned! Event Coordination: @bkevents | Dress: @ashistudio | Makeup: @phoebs24 | Hair: @kyleeheathhair | Florals: @sticksstonesfd

Now, the couple is expecting their first child together, and Port started a YouTube channel about pregnancy. In one of her vlogs, she spoke about her difficult pregnancy. Check it out below.