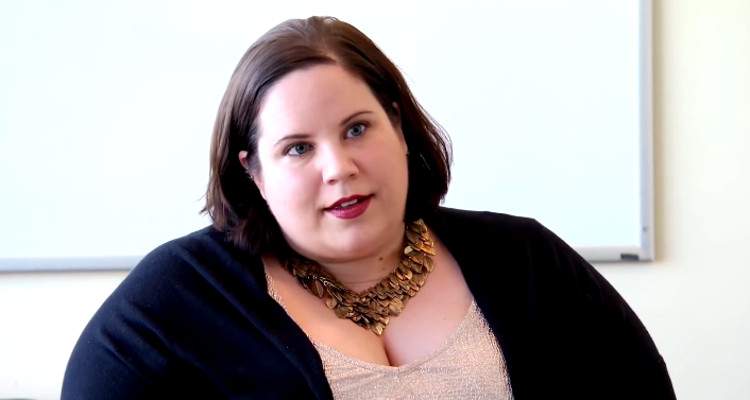 Born in Greensboro, North Carolina on April 14, 1984, to Glenn and Barbara “Babs” Thore, Whitney Thore’s age is 33. She has an older brother, Hunter, who lives in New York City. In 2002, she graduated from Page High School and later attended Appalachian State University in Boone, North Carolina, where she majored in theatre.

After graduating from college, Thore moved to South Korea and taught English to school children. After her return to the U.S., she was an on-air producer for Jared & Katie in the Morning on 107.5 KZL, in Greensboro.

Walkin’ in to another season of #MyBigFatFabLife like ⚡️??. Tune in TONIGHT at 8/7c on TLC for a brand new 2-hour episode. We’ve missed you! • photo by @hopeleigh

In 2014, Jared and Katie posted “A Fat Girl Dancing” on 107.5 KZL’s YouTube channel. The video quickly went viral with millions of viewers seeing Thore promote her message of positive body image and acceptance. This also opened up a lot of doors for Thore, who appeared on The Huffington Post, ABC News, and NBC’s Today Show.

I’m doing laundry (mostly looking at piles of clothes and kissing a sleeping Henchi over and over) and fantasizing about all the things that can change in a new year. Tonight, I’ll smudge my house and set some intentions, but know that by this time tomorrow, I’ll most likely be right back on my bullshit and that’s okay. I am so grateful for my weird little life, for my friends, for my family, and all the opportunities that have presented themselves to me. I am grateful for you, for being here to witness it. Sometimes I think that’s just all we really need from one another—someone to see all the happiness and the loneliness. Someone to share in the pain and the joy. I’m glad you’re here. On January 2, the new season of #MyBigFatFabLife premiers at 8/7c and I have a brick in my stomach just thinking about reliving what’s going to happen in the first few episodes, but I’ll be okay. I always am. ? Happy new year, y’all. Wishing you laughter, easy days, and strength for the ones that aren’t. • photo by @marie_killen

With her newfound fame, TLC decided to cast her for the reality show My Big Fat Fabulous Life, which follows Thore’s life and weight loss journey. The show just premiered its fourth season.

See you tonight in the Cedar Room at the Cigar Factory in Charleston for a pop-up BGDC dance class! It's FREE! Get there by 6:45! My crew is with me, so this will be filmed for an episode of #MyBigFatFabLife ?

She also wrote about her struggle with polycystic ovarian syndrome and her recent false pregnancy:

“When I got the first positive test, I was almost in disbelief, considering I’ve always been told I would have a hard time naturally conceiving. My ability to get pregnant is something I’ve been worrying about since I was first diagnosed with PCOS in 2005. Once I got over the initial shock, I then transitioned to beating myself up over not taking my birth control perfectly and putting Lennie and myself in a less-than-ideal situation. I was terrified about the financial burden of having a child, being a single mother, being a decent mother, how I would tell Lennie…”

She added, “It was with Lennie though, that I experienced an unexpected shift. I actually got excited, because Lennie was so supportive and borderline excited himself about the possibility of having a child together. I know I was lucky to have an ex-boyfriend who was not only willing to be there for the child, but who wanted to be fully present for me as well. I started thinking about the realities of having a child like most parents-to-be do —if it would be a girl or a boy, how I would decorate a nursery, what I would name her or him, how soon before I could start the child in dance lessons, and all the other normal decisions parents make.”

Catch Whitney in an all-new season of My Big Fat Fabulous Life, airing now on TLC!