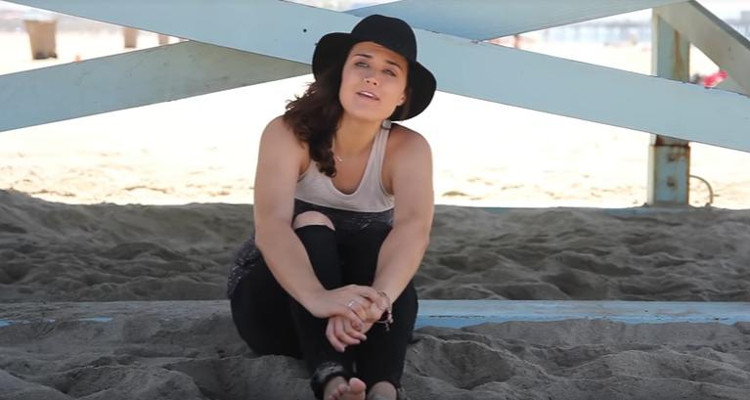 Whitney Fenimore was given a breather after she received the Coach Comeback along with three other contestants after they were eliminated on The Voice last week. Now, Fenimore will advance to the playoffs, but will she be able to prove herself tonight? Keep reading to know more about her in Whitney Fenimore’s wiki.

Although Whitney Fenimore is a talented singer, she was struggling to rise above the storm in the reality competition, The Voice. But now, Fenimore looks like a promising finalist for The Voice season 13. Here’s everything you need to know about Whitney Fenimore.

Born on May 2, 1989, Whitney Fenimore’s age is 28, and she is a resident of Tulsa, Oklahoma. However, Fenimore has been living in Los Angeles for the past three years, looking for a shot at a music career, as she’s an amazing singer.

Fenimore began singing in church and some Christian bands when she was just a little girl. The singer has been associated with Sleeping Giant Music Group in L.A. and has suffered from anxiety.

The talented singer moved to tinsel town after college and began facing anxiety attacks. So, her father brought her back home to Tulsa.

“I would get so stressed out I couldn’t breathe. I would hyperventilate and have a panic attack. It’s hard to explain anxiety attacks to people who have never gone through it,” said Fenimore.

Whitney Fenimore On The Voice

Fenimore mustered up all her courage and decided to take part in the 13th season of The Voice. She wowed the judges during the blind audition where she sang, “Hold On, We’re Going Home” by Drake.

Two judges turned their chairs during Fenimore’s audition—Miley Cyrus and Adam Levine. Fenimore was chosen to be a part of Adam’s team. However, she was eliminated and stolen by Miley Cyrus.

During the show, the talented singer has recreated magic with songs like, “Calling All Angels,” “Stop Draggin’ My Heart Around,” “Lights,” “Wake Up,” and more.

Fenimore was eliminated in the Knockout Rounds after she sang “Calling All Angels.” But, she will go to the playoffs, because of the Coach Comeback she received on November 6.

To say I'm thankful would be an UNDERSTATEMENT. I have no words for how truly incredible and life changing this whole experience has been. I've made friends I will never forget and gained insight as an artist that is priceless. @moriahformica you my little friend, were amazing. Thank you everyone from the bottom of my heart. I love you. #thevoice #teamadam #teammiley #teamwhitney #voiceknockouts

Tonight, Fenimore has to prove her mettle. She has to compete against Lucas Holliday, Karli Webster, and Natalie Stovall, who have all received the Coach Comeback vote.

Since the playoffs were already recorded back in August and September, there will be no live voting and no results episode. So, it’s do or die for “The Sooner State” gal. And although the tensions are high this time, we know only the worthy will go ahead.

Whitney Fenimore gained a fair share of followers after The Voice season 13. The singer has been a local favorite, as she has had previous videos and song releases like, “Comfortable Distance,” Chasing Daylight,” and “Can’t Find My Heart.”

Here’s a music video of Whitney Fenimore before The Voice.

Whitney Fenimore’s family and friends have been a great support to the singer all the while. She is lucky to have a great set of people around her to pull her up when she’s down.

The Voice airs on NBC every Monday and Tuesday at 8:00 p.m. EST. So, don’t forget to tune in to find out if Whitney Fenimore will make it through this week.

Where do I even begin? Tonight was a literal dream come true. I wouldn't be here without the support of all of my friends and family. So incredibly thankful for this opportunity. This road hasn't always been a walk in the park, but I feel like something's gotta give. And tonight it did. Let's ride this journey out together! @nbcthevoice #TEAMADAM #teamwhitfen #thevoice

Hikes give me life. This was easily one of the most beautiful hikes I've ever been on. #Arizona

A Piggyback Ride to Childhood

Guys…miss Kelli Ann is all grown up and moving across the country. Wish her good luck! Love you ?and I wish I was there with you today!!

Home Is Where the Heart Is