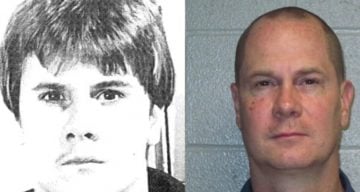 After 29 years in prison, White Boy Rick will finally make his case for parole during a public hearing in Jackson today (June 8). The Michigan Parole Board will hear his case and decide whether or not he should be set free after nearly 30 years behind bars. His real life story has inspired an upcoming White Boy Rick documentary. Read our White Boy Rick wiki to know more about the former juvenile informant.

Infamously known as White Boy Rick, his real name is Richard Wershe Jr. and he is a Detroit native. Now a 47-year-old man, White Boy Rick was a former Detroit drug dealer and an FBI informant. In January 1988, he was incarcerated at the age of 17 for a non-violent drug crime. He is currently serving time at the Oaks Correctional Facility in Manistee.

Wershe was caught smuggling more than 17 pounds of cocaine from Florida to Michigan. He was sentenced to life in prison without parole for possession of over 650 grams of cocaine. He was originally an informant for federal agents, who turned to a life of selling drugs after they let him go.

White Boy Rick became a paid drug informant when he was just 14 years old. The FBI recruited him, gave him the code name “Gem,” provided him with fake IDs stating he was 21, and paid him to associate with and take down drug dealers. By the time he was 17 years old, Wershe was a well-paid informant who helped the feds prosecute corrupted cops and Johnny Curry, a drug dealer whose brother-in-law was the mayor of Detroit. Wershe was an informant from 1984 to 1986.

He joined a notorious drug gang at 15 and became overwhelmed by what he saw. “I was blinded by the life,” Wershe said as he recalled flying to Las Vegas with the Currys for the Marvin Hagler-Tommy Hearns prize fight in 1985.

Unfortunately, when he was 17, someone Wershe had outed to authorities began questioning the minor, and had him shot. Once the FBI had been authorized to tap Johnny Curry’s phone and plant bugs to monitor his discussions, they no longer needed Richard Wershe. When the teenager tried to reach out to the people who employed him, they no longer took his calls.

The FBI informant had dropped out of high school to go undercover with Curry’s gang. Wershe was let go with no education or job and, as a result, he began selling cocaine. His association with the gang meant he had contacts within the seedy underbelly of the drug world. He was in the drug trafficking business for 11 months before getting arrested by Detroit police.

During his time as a drug peddler, Wershe was approached by Johnny Curry’s wife, Cathy Volsan Curry to have an affair after her husband was put behind bars. She was the niece of Mayor Coleman Young and was reportedly addicted to cocaine. It is assumed that she turned to Wershe because she knew of his connections.

In a year’s time, Wershe was caught in Detroit. At the time of his arrest, he was driving a shiny Ford Thunderbird that was registered in White Boy Rick’s girlfriend, Cathy Curry’s name.

Living Behind Bars for 3 Decades

Richard Wershe Jr. is a grandfather now and regrets losing the most precious years of his life. He missed out on being a father, a grandfather, and the death of his father in 2015.

At the time of his arrest, the Michigan Constitution stated that those convicted of possessing over 650 grams of a controlled substance were automatically to be sentenced to life without parole. Though the law was abolished, Wershe remained behind bars. White Boy Rick has been behind bars for almost 30 years now. Ironically, some of the drug dealers he helped convict are now free.

Wershe is the only non-violent drug offender convicted as a minor who is still in jail. The FBI covered their tracks when he was on trial, something he believes played a big hand in his sentence. “I’m here because of the misinformation that’s been given to the parole board, the lies—agents said under oath that I never worked for the Detroit Police Department, they said I never worked for the government, that I was this huge drug dealer,” said Wershe.

White Boy Rick will finally have his parole hearing on Thursday, June 8 at the G. Robert Cotton Correctional Facility, and it “could last four to six hours,” said Chris Gautz, Michigan Department of Corrections spokesman. Gautz further added that there will be no decisions made at any point today.

The story of Richard “Rick” Wershe has inspired director Yann Demange to bring White Boy Rick’s story to a larger audience. He will tell the tale of crime and punishment gone awry and provide a glimpse into the world of police informants and drug-related political corruption to the big screen.