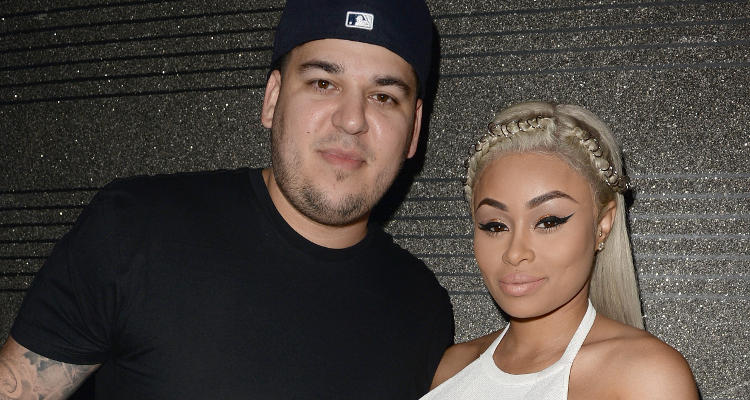 Unless you are living in a cave, the whole world knows about The Kardashians. While they are adored by many, there are those who aren’t fans of the famed family. Regardless, the whole Kardashian-Jenner clan is trending and making money. Recently, there has been a lot of buzz about Blac Chyna’s weight gain, but that is obvious because the 28-year-old star is expecting her first child with fiance Rob Kardashian.

Blac Chyna is pregnant with reality star Rob Kardashian. Blac Chyna’s baby is due in October. Earlier, Rob Kardashian was struggling with weight gain. The reality star has put on a lot of weight in recent years and at one point, he even refused to step out of the house. However, Rob Kardashian’s weight loss journey is proof that it is not impossible to lose weight and become healthy. On his Instagram account, he shared pics of his before and after progress to show his fans how far he has come. We must say, it is indeed an impressive transformation.

Guess who is the motivation behind his weight loss journey? His sisters? No, it is Rob Kardashian’s fiancee Blac Chyna. Rob has been struggling with weight gain for a couple of years and was also hospitalized from diabetes complications late last year. He was not on good terms with his family, who advised him to change his unhealthy ways. However, it was Chyna who finally convinced him to go to the gym and get healthy. She even modified his diet, getting rid of all junk food.  Good going, Chyna!

Needless to say, Rob looks much better now as compared to his earlier pictures on Instagram. On Wednesday, the 29-year-old star even posted a picture of himself on Instagram. He was wearing all black attire, paired with brown boots and a blue L.A. Dodgers cap. His outfit was completely black, a color which makes anyone appear slimmer. But is that the reason why he seems to be slim in his photo? We will leave that one to your judgment.

A few months back, Rob revealed that he weighed 248 pounds. He certainly appears to be slimmer and healthier now than he did in recent years. Rob and Blac Chyna started dating in January and surprised everybody by announcing their engagement on social media, just three months after dating.

The former model is expecting her first child with Rob. There are many speculations about Blac Chyna’s baby girl, though the gender of the baby is not yet revealed. Neither Rob or Blac have confirmed the sex of the baby, due in October.

Blac Chyna and Rob Kardashian are even planning to start their own reality show, which will focus on their lives, their child’s life and even their wedding. The release date of the show is yet to be announced, but it has been said that Kris Jenner is one of the producers of the show. Of course! How can they forget to include their momager?