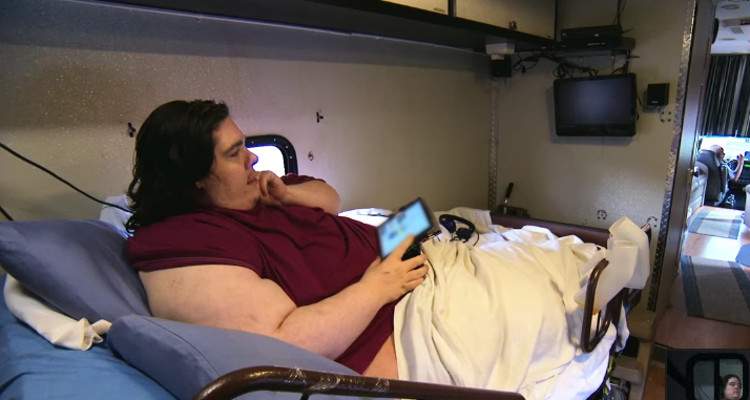 Steven Assanti and his brother, Justin, tipped scales to a combined weight of almost 1400lbs. Yet, they’re notorious on TLC’s My 600-lb Life for refusing life-saving treatment and for their frustrating behavior.

Steven Assanti, a morbidly obese man who weighs more than 600lbs, is featured on TLC’s My 600-lb Life. Along with his brother, Justin, he has become notoriously unpleasant and unpopular with fans. Nevertheless, avid viewers of the show tuned in to find out if Dr. Younan Nowzaradan could help them.

The episode left us with many questions. Is Steven Assanti dead or alive? Did he make it? Did he lose weight? Here’s the latest update on where Steven Assanti is now.

A Penchant for Trouble

Steven Assanti, who goes by “John,” isn’t the most pleasant participant on My 600-lb Life. He doesn’t get along with his brother, he berates his father, and he refuses to go through with the treatment. It’s a miracle how Dr. Nowzaradan is so patient with him!

Steven and Justin’s mother left them when they were children, so they were raised by their father in Rhode Island. While Justin is closer to their father and has been grateful for his support on his weight loss journey, we can’t say the same for Steven.

The first episode of their two-part weight loss journey featured a dysfunctional family, toxic brotherly dynamic, and lots of pizza.

Assanti has made attempts to lose weight in the past. He appeared on Dr. Phil in 2007 talking about his desire to lose weight and become an actor, and he also filmed a video appeal to appear on The Biggest Loser in 2010. Before being approached by TLC, he was hospitalized in Rhode Island for a leg infection.

The 35-year-old was a disruptive patient during his hospital stay. There is a video online where he harasses nurses by repeatedly yelling for them.

Another video has him mocking taxpayers. When Assanti secretly ordered pizza, a violation of his health plan, he was discharged from the hospital. He blamed the hospital for not stopping the deliveryman.

Steven and Justin Assanti sought Dr. Younan Nowzaradan’s help to lose weight. According to an old Facebook post by Steven, their journey began in 2015 and is shown on My 600-lb Life spanning two weeks. So, the next episode will probably be the big reveal of their new selves.

Viewers can’t wait to see the progress they’ve made and whether or not the brothers have lost weight. Some are even curious to know if they are dead or alive. The Assanti brothers are very much alive after their treatment, but have they lost any weight? That can’t be said for sure.

Reports claim that their weight-loss plans have been derailed. Justin was doing well and he opened a hobby shop with his father’s help. But his weight loss plan was sidetracked because of his new job. Steven, on the other hand, landed in trouble at another hospital.

Steven Assanti was admitted to a Houston hospital for weight loss treatment, and to learn how to deal with his food addiction. But he reportedly abused the hospital-system to gain access to painkillers, forcing him into a drug detox program when he becomes addicted to them.

Apparently, Assanti doesn’t last long in the program, but Dr. Nowzaradan won’t work with him until he’s clean. A synopsis for the second episode released by TLC says that while Justin is trying his best to lose weight, the treatment is failing on Steven.

Pictures of Steven and Justin’s transformation (if there are any) have not been revealed. We’ll have to tune into the second part of the Assanti brothers’ weight-loss journey on My 600-lb Life, Wednesdays at 8:00 p.m. EST only on TLC.