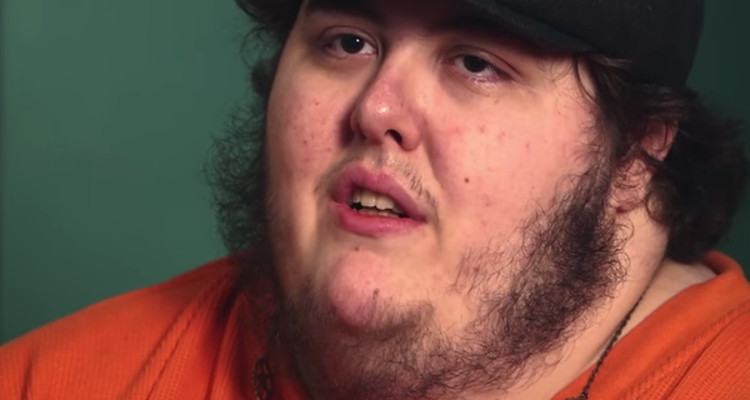 This season of TLC’s My 600-lb Life featured the Assanti brothers from Rhode Island. Steven and Justin Assanti’s combined weight was more than 1,400 pounds and the show’s resident surgeon, Dr. Nowzaradan, tried to help them lose the weight. While fans have little hope for the rebellious and slightly unhinged, Steven Assanti, they want to know about his brother, Justin as well. Where is Justin Assanti now? What does life look like for Justin Assanti in 2017? Keep reading to find out!

Where is Justin Assanti Now?

Also Read: Where is Steven Assanti Now? Is He Alive?

One fan asked, “Has your brother ever been diagnosed with any sort of mental disorder? I can see why you wanted to keep away. If he were able-bodied, he’d be pretty dangerous.”

Justin Assanti states that while his brother has not been officially diagnosed with a mental illness, he believes that Steven might be “borderline sociopathic.” He also said that instead of “making stupid videos and being a straight up jerk to everyone,” Steven should “work on his mental issues and addictions.”

Justin also revealed that since money is tight for the family, his father, Steven Assanti Sr., is still in the workforce, despite retiring.

“My father is retired but still works the same job he has been doing for over 36 years. Steven has medical that covers most of his drugs and hospital visits. His disability check covers his rent, but we pay his pills, and when his food stamps run out, we help with the shopping even though we are also broke,” Justin Assanti revealed.

The Assanti brothers became prey to gluttony in their childhood. In the recent two-part episodes of My 600-lb Life, they were one of the main focal points. The first episode told the tale of their toxic health practices, which includes their dysfunctional family behavior and lots of junk food. A neglectful/alcoholic mother forced the Assanti brothers to seek comfort in food, which turned into years of a lethal downward spiral.

The brothers gained a tremendous amount of weight. At 33 years of age, Steven Assanti weighs 782 pounds, while 27-year-old Justin Assanti weighs 543 pounds and is focusing on building a career. The brothers were reportedly kicked out of the weight loss plan, which could be the reason why it has been said that Justin is now neglecting his diet and still adheres to his old, unhealthy, eating habits.

On another note, Justin Assanti revealed that he has been getting out of the house more often now. He even enjoys taking the 90 minute car ride to the warehouse when he needs to go there. He also has great hopes for the future and will work to fix his relationship with his family. However, it seems he wants nothing more to do with his brother Steven as he revealed to fans that “I am not interested in fixing anything with him, I still very much hate his guts. The only interaction between us, I had to do.”

Aside from congratulating and encouraging Justin Assanti to embark on his new life, fans have also expressed their relief that Steven Assanti isn’t around to make his life miserable anymore.