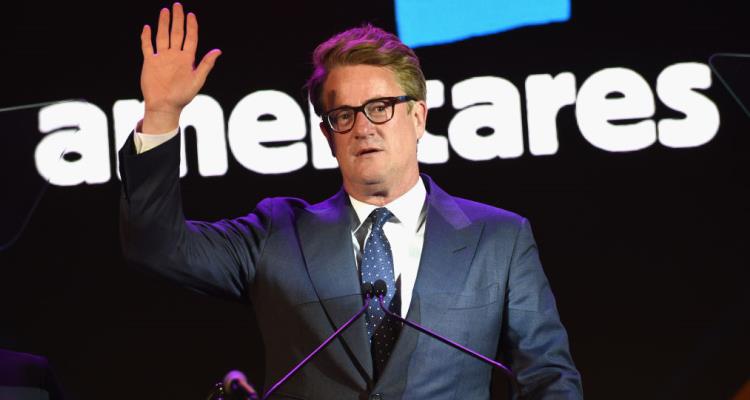 With the noticeable absence of a certain favorite anchor, fans have been asking, “Why is Joe Scarborough not on Morning Joe?” It’s no surprise when a media personality doesn’t show up to work that their fans start to worry; after all, daily news anchors often become part of our daily routine! It’s one thing for your boss to wonder why you’re absent from work, but it’s another thing when most of the country notices. So, where is Joe Scarborough? Read on to find out!

Where is Joe Scarborough today? That’s the question many have been asking about the Morning Joe co-anchor, who was noticeably absent from his show. So, where could he be?

If you have been watching Morning Joe lately, then you already know that Scarborough and his on (and off)-air partner, Mika Brzezinski, aren’t fond of the way President Trump represents the Republican party.

Trump’s been involved in scandal after scandal. And, his latest Stormy Daniels crisis is getting an interview with Anderson Cooper.

“If the past decade has taught us anything, it is that voters quickly correct the country’s direction when events demand change. Just as voters checked George W. Bush’s power by putting Democrats in charge of Congress, Obama spent his last six years in the White House vexed by Republican majorities in both chambers,” Scarborough wrote.

Scarborough also compared Trump’s tactics to that of Benito Mussolini, when he reflected on how Trump addressed federal judges and political reporters.

Also Read: What Happened to Ji on “Windy City Live?” Where Is Ji Now?

We’re not sure who’s running damage control in the White House, but they probably should’ve called Judy Smith, the real-life Olivia Pope.

Not only do the Morning Joe co-hosts question Trump’s state of mind after reading his misspelled tweets, but they also think he’s up to something. What could that be?

Scarborough and Brzezinski believe that the president’s meeting with North Korea is a distraction from the Stormy Daniels scandal.

“He just makes a decision on tariffs because of Hope Hicks, and he makes a decision on North Korea because of Stormy Daniels,” Scarborough said. “People can deny that all they want, but if you’re doing that you’re in the tank for Donald Trump because it is painfully obvious that that’s exactly what’s going on.”

Meeting with North Korean leader Kim Jong Un could be a distraction, but there’s no proof or guarantee that it will work. Then again, it’s not like it’s the first time the White House has tried to distract Americans from looking less than perfect.

Where Is Joe Scarborough Now?

Viewers want to know what happened to their trusted Morning Joe co-host, especially since Brzezinski is still at work. Is Joe Scarborough on vacation? Could he be sick?

By the looks of it, Joe Scarborough’s not sick or on vacation. His absence (nor his return) hasn’t been confirmed, but he’s not completely off the grid, either.

Scarborough has been active all day, tweeting non-stop about politics and the state of the country. As for why he’s not been seen on camera as usual?

It’s possible that Joe Scarborough is just taking a breather or maybe went on a trip to clear his head. (Maybe somewhere hot to escape this never-ending winter?)