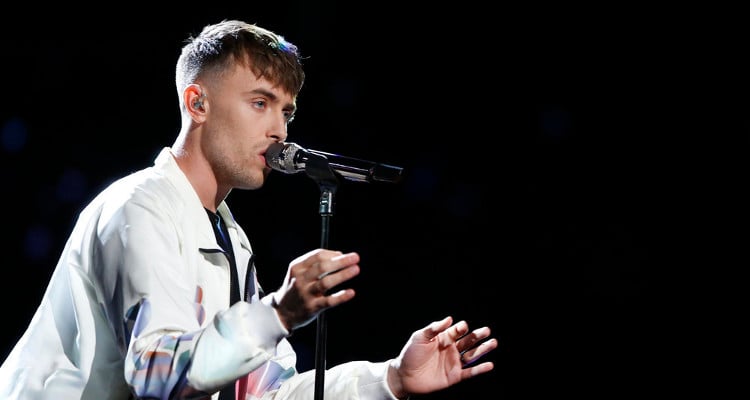 After his moving performance of Sia’s “Elastic Heart” during the Live Playoffs on The Voice 2017, Hunter Plake has won over many new fans. Now, people want to know where the young powerhouse is from and how he sings so well! He is overwhelmingly grateful for the love and support he has received.

Hunter Plake is not the flashiest of performers on The Voice 2017, but he has always captivated viewers with his talent. He started the competition with the song “Carry On” by Fun in his Blind Audition. Since then, this quiet and underrated singer has become even stronger and has emerged as a new talent who could definitely win The Voice season 12. His renditions of “Dancing on My Own” and “I Want to Know What Love Is” won him fans from all over the world. All this has led to tremendous curiosity about him. Where is Hunter Plake from? We have everything you want to know about this singer, right here.

Talent Runs in the Family

Hunter Plake is from Baton Rouge, Louisiana, and was born on November 14, 1995. He grew up singing in church, following in his father’s footsteps. Plake’s father was in a Christian rock band named Brother Brother and, noticing his son’s talent for singing, he encouraged Hunter to sing in church. By the time Plake was 14 years old, he was leading worship at the church. In fact, when Plake auditioned for The Voice 2017, it was the first time he sang on a stage outside the church. He didn’t let that come in his way though, and gave brilliant performances, making Alicia Keys and then Gwen Stefani take him under their wings.

In the Live Playoffs, Plake sang “Elastic Heart” by Sia. It was a tough task considering the richness of Sia’s voice, but Plake nailed it and gave a moving performance. One of the reasons the talented singer can pull at our heartstrings could be becauset he got married in June 2016. Hunter Plake’s wife, Bethany completely supports his passion for singing and has been by his side throughout his journey on The Voice.

The Flood and Everything After

Last year, the newlyweds had a bit of trouble when their home was destroyed in the 2016 Louisiana floods. As a result, they had to move into Plake’s parents home. The two lost their home, church, and car and had to start all over. He now records demos with his brother in his home studio and helps with repairs to the church. Plake, in his usual quiet and humble way, is not letting his newfound fame from The Voice get to his head and is working hard to better his performances.

Plake has already set a record in this year’s The Voice show. He is the first artist on The Voice to have two songs chart in the top 30 on iTunes, even before the live shows started. That means that Hunter Plake is already “radio-ready” and could very well leave the show with a record deal. He has become a front runner and will give his all to go further. Check out Hunter Plake’s YouTube cover of Coldplay’s “Yellow” and take a look at his performances on The Voice.