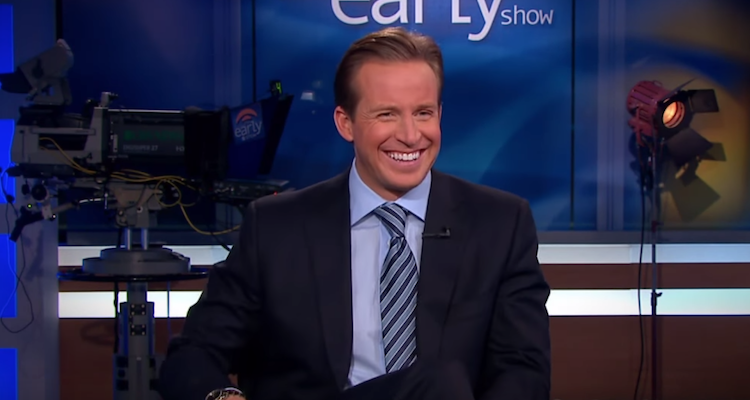 Where is Chris Wragge now? What happened to Chris Wragge? The CBS2 anchor has been the subject of questioning and some people have been asking about him lately. If you want to know where Chris Wragge is today, then you came to the right place.

His Family Went to Italy

Where is Chris Wragge in 2017? Fans of the resident New York City news anchor have been asking about him lately on all forms of social media. His wife Sarah and one-year-old son Christian Price Wragge II, were on a trip to Italy recently. Chris wasn’t with them but told his fans on Facebook that he would be on a trip of his own with just him and his wife.

When his son got back for his trip, Chris wrote “My little man returns from Italy tonight!! I cannot wait for mom and baby to come back. From what @wraggemamma tells me, @cpw2ragge is coming home with an accent and a girlfriend. [sic]”

Fans of the CBS2 journalist weren’t shy to comment on the picture and what they think of his son on Facebook.

Cher Dragoon wrote: “He’s one lucky little man! Hell, I’m 66 years old and never been to Italy! All kidding aside, you have a beautiful family. The little man is growing so fast. Enjoy this time. Once they get in school then it really goes. He’s going to love Christmas. The lights, etc. As far as pic with Santa, uhh maybe not. Every child is different. He may try to pull his beard off! Enjoy!”

Johanna Mack added: “He is the most handsome little fellow! He’s got Swag like dad! God bless you honey! Wishing you and mommy safe journey back home.”

In case you haven’t been on his Instagram or Facebook accounts, Wragge was on a trip in Los Angeles, California with his wife. He hasn’t been fired and he didn’t quit his job either. He will be back at his desk to brighten up everyone’s day before you know it. It’s no surprise that viewers feel connected to their anchors, since they get to talk to them directly. As local celebrities it can often be the highlight of someone’s day when media personalities respond to someone’s comment.

For Thanksgiving, Wragge’s viewers wished him a happy holiday saying, “Happy Thanksgiving to the best morning news team ever! I am thankful for the news, traffic and weather you give me each and every day!”

Another comment said: “Happy Thanksgiving to the best morning team ever! Have a wonderful day with your families!”

Wragge and his wife welcomed their son on August 26, 2016 saying, “He’s here!! After 26 hours of hard labor. Our main little man Christian Price Wragge II entered this world at 9:57 p.m. [Thursday] weighing in at 7 pounds, 15 ounces. He has been an angel since his first scream.”