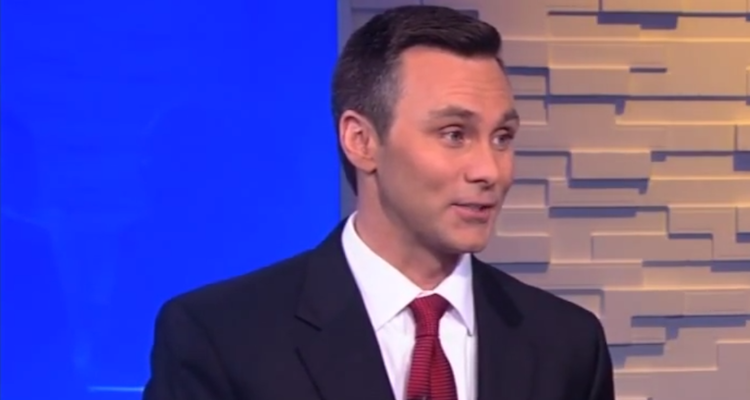 After people were left wondering if Bill Kelly is leaving WSYX, it was finally confirmed that Thursday (October 19) was his last day at Channel 6. We learned over a month ago that he planned on leaving the Ohio-based station. So, where is Bill Kelly going? At the end of August, the meteorologist accepted a position at Washington’s WJLA-TV.

Bill Kelly, meteorologist extraordinaire, gave his final on-air weather report for WSYX on Thursday. Though most of us knew this day would come, plenty of viewers had no idea. Yes, Bill Kelly is leaving WSYX and Ohio after joining the StormWatch7 weather team.

The seven-time Emmy winner starts his new job this coming Monday (October 23). And, we have details on where Bill Kelly is going and more, right here.

His Career Didn’t Start in Ohio

Weatherman Bill Kelly has worked all over the country. Raised in Ypsilanti, Michigan, his career took him from Sacramento to Phoenix and even Cincinnati. Joining the WSYX team in Columbus was his latest stop.

Although Kelly once said, “I can’t tell you how much I love living in Central Ohio,” adding that Columbus, in particular, is a “fantastic place to raise a family,” he’s now headed over to Washington’s WJLA-TV on the lead weather desk.

We will miss you @billwsyx6 Good Luck and keep in touch. pic.twitter.com/RPyiY5JNlM

“The StormWatch7 team has a national reputation for exceptional forecasting, and I am humbled and grateful to be joining their ranks,” Kelly said about his new position. “Weather is my absolute passion, and I feel so incredibly lucky to now get to forecast it in our nation’s capital,” he added.

His “Weather on the Go” segments have received national attention, and his use of nature (and even a rock climbing wall) to act as his green screen is second to none. Since being certified with the National Weather Association (NWA), he’s received five Associated Press Broadcast awards for Best Weather/Anchor in Ohio and had the Best Weathercaster vote for both Columbus Monthly and Phoenix magazine.

Kelly’s wife, Jolene, as well as the couple’s three daughters, are excited about making the move to Washington. Called “truly one of the best, most informative TV meteorologists in America,” there’s no doubt that WJLA-TV just gained a valuable asset to their team.

It’s a family affair as we celebrate @billwsyx6 on his last day with @wsyx6. Tune in for more fun tonight! pic.twitter.com/i8ZHhwlMeq

With the departure of Bill Kelly, WSYX has moved its staff’s schedules around until they find a new meteorologist. The station also hired veteran weatherman Jym Ganahl, who came out of retirement for the weekday afternoon broadcast. Whether he’ll replace Kelly is unknown.

Jym Ganahl is happy about working again, saying that he’s unsure of how long he’ll be with the network, citing ratings and his congestive heart failure as reasons. Nevertheless, he’ll make sure to “go and enjoy it” and “try to have fun as long as it lasts.”