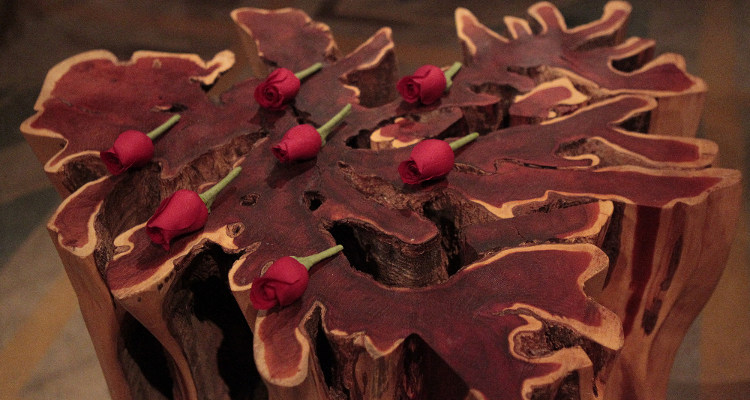 Now that Nick Viall has finally found love, people seem to be more excited about the upcoming Bachelor in Paradise. Even though The Bachelorette will air before any of the drama begins on BiP, fans of the franchise are chomping at the bit to witness a new batch of lovers search for love. Here is everything you need to know about the most talked about Bachelor spin-off. Find out who will be on Bachelor in Paradise 2017 and where Bachelor in Paradise is filmed, right here.

Nobody can seem to get enough of The Bachelor franchise! With all new seasons of The Bachelorette and Bachelor in Paradise hitting our TV screens soon, the series has taken over!

Chris Harrison, otherwise known as “Reality TV’s Cupid,” gives former Bachelor contestants another opportunity to find love. They get the chance to stay at a resort in Mexico to get to know each other and see if sparks fly. It comes as no surprise that many former contestants would love to get back on the show, because it is a great excuse to relax by the beach, sip some bubbly, and find true love (if they are lucky).

Where is Bachelor in Paradise Filmed?

A Little Recap of Season 3 of Bachelor in Paradise

The winning couples of Bachelor in Paradise season three were Amanda Stanton & Josh Murray, Lace Morris & Grant Kemp and Carly Waddell & Evan Bass. Although three couples got engaged by the end of filming last year, two have since broken up. On November 29, 2016, Lace Morris and Grant Kemp announced their split and in December 2016, Amanda and Josh called off their engagement, as well. But the unlikeliest couple of all to come out of BiP is actually still together! That’s right! Carly and Evan are still going strong and are reportedly living together in Nashville, and making wedding plans!

Who Will be on Bachelor in Paradise?

We are all curious to find out who has a ticket to paradise. Raven Gates from The Bachelor season 21 is confirmed to be on season four of Bachelor in Paradise. She announced the news during the After the Rose special, once fans found out that Nick Viall had chosen Vanessa Grimaldi over Raven.

Chad Johnson might also join this season’s Bachelor in Paradise. How can we forget the villain of JoJo Fletcher’s season? If he is confirmed, Bad Chad will make his third appearance on The Bachelor franchise, after being kicked out of Paradise last season for his behavior. (Or was it for sh—ing his pants?) Other potential contestants this season are: Luke Pell, Chris Soules, Corinne Olympios, Alexis Waters, Danielle Maltby, Kristina Schulman, and Grant Kemp.

Bachelor in Paradise will air in August 2017. No official date for the premiere or full cast has been revealed. Until then, we can see if Rachel Lindsay finds love on The Bachelorette season 13, which will premiere on May 22, 2017 on ABC!