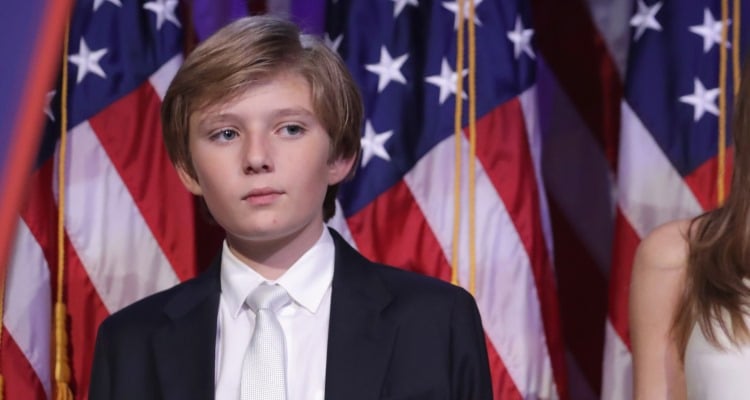 While Donald Trump gave his victory speech on his big win over Hillary Clinton on Tuesday night, people began wondering what’s wrong with Barron Trump? Donald Trump’s youngest son appeared to be struggling to stay awake while his father, the newly elected President of the United States, thanked his supporters. Barron was blinking heavily and swaying from side to side as Donald gave his message after his shocking victory in the race for the White House. Since nothing goes unnoticed by social media, people began sharing clips and images of Barron’s sleepy stance, saying that he sums up how everyone felt.

Who is Barron Trump?

Barron William Trump is the only child from Donald and Melania’s marriage. Unlike three of Donald’s older children, who have played prominent roles during his campaign, Barron has been shielded from the spotlight. Melania has said that like his father, Barron enjoys nice airplanes and dressy clothes. Since Donald is constantly traveling, Barron spends most of his time with his mother. Now that Donald is president; Barron may see even less of his father. Melania told US Weekly, “He supports his dad 100 percent. Of course, we both miss him because he is on the road a lot, but [he] understands and he’s doing great.” Like his mother, Barron is fluent in Slovene.

Who are Donald Trump’s children?

While Barron is the only child between Melania and Donald, he has two older brothers and two older sisters from his father’s previous marriages. Donald Jr., Eric, and sister Ivanka are both from Donald’s marriage with Ivana. Tiffany is from Donald’s second marriage to Marla Maples. Like Barron, Tiffany is also uninvolved with the Trump Organization.

We are all Barron Trump. #wtf pic.twitter.com/ufHgAyyCZP

“Little Donald” is His Nickname

Melania often says how similar Barron is to his father and refers to him as “Little Donald.” “He is a very strong-minded, very special, smart boy. He is independent and opinionated and knows exactly what he wants. Sometimes I call him little Donald. He is a mixture of us in looks, but his personality is why I call him ‘Little Donald,’” she told Parenting.com. 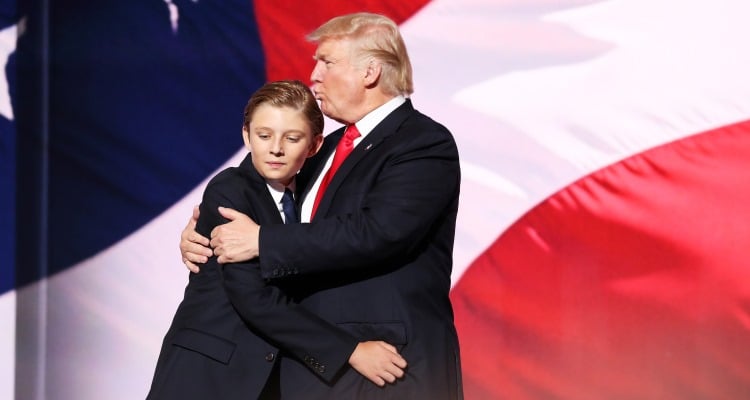 Barron was up until around 3:00 a.m. fighting to stay awake, so as a 10-year-old it’s no wonder he was so tired! Give the kid a break!

Why on earth is Barron Trump up at 3 am? That kid is falling asleep on stage. He’s ten.
So good parenting is not his policy.#ElectionDay