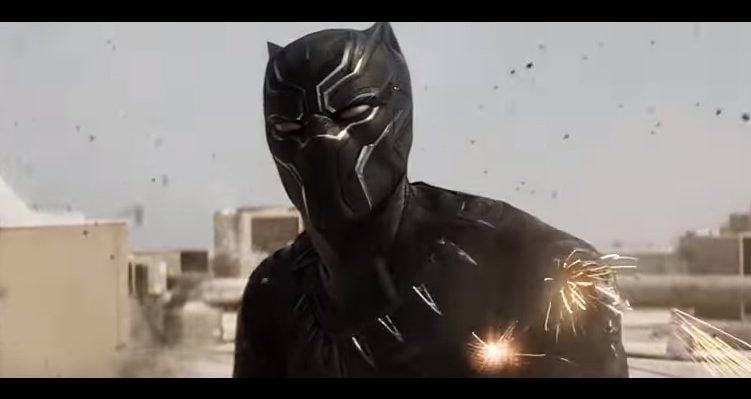 The Hollywood premiere of Marvel’s latest film, Black Panther, was last night, but the rest of us won’t get a chance to see it until February 16, 2018. With a new Marvel film comes speculation of what we are going to see from the Black Panther end credits scene. The next Marvel film up after Black Panther is Avengers: Infinity War, so will get some sort of set up for that film or do they take a left turn? Keep reading to find out!

We Know What We Want, but Did We Get It?

The Black Panther post-credits scene has to give the audience a sense of anticipation. And, it should tee up what is to come for Avengers: Infinity War.

Since Marvel’s Black Panther premiere yesterday, the post-credit scene has not leaked so far. But there is a very solid chance that it is embargoed for another week or two. Or, it could very well be that the premiere screening did not contain the post-credits scene at all.

If Black Panther did have end credits, we have a few ideas of what you can expect from it.

Brie Larson is playing Captain Marvel, and there have been rampant rumors in the past few months that she may have filmed some scenes for either Avengers: Infinity War or Avengers 4. In the current comic book run, Captain Marvel does have some strong ties to Wakanda.

Having Captain Marvel come out and warn T’Challa that Thanos is coming is a great way to get a surprise. It gives comic fans something to look forward to and ties back into Avengers: Infinity War.

When last we left the Hulk, he was beating on a giant wolf in Thor: Ragnarok. We know that Hulk is in both Avengers: Infinity War and Avengers 4.

So, how does the Hulk get back to Earth? We’re thinking the hard way.

The return of Hulk to Earth may involve a crash landing. Something has punched Hulk hard enough and with enough velocity that he comes in like a meteor. Hulk reverts to Banner, and he reveals that Thanos is coming.

This could be achieved by having Hulk crash into Wakanda. Or, maybe a version of the scene we saw clips of in the Avengers: Infinity War trailer where Hulk/Banner crashes into Doctor Strange’s home.

We know that Thanos is coming, but maybe it’s to be reminded of the fact that this guy is a big-time bad ass.

We cut to Thanos standing on the bridge of his ship. He is surveying the field of debris in space.

The space wreckage isn’t spectacular until Thanos leaves with a smirk and the camera goes to the field itself. We then see Thor floating in space, beaten and lifeless.

#ThorFunFact: Over 30 versions of Thor's hammer were used during the production of Marvel's "Thor: The Dark World"!

Sure, we all know that Thor isn’t dead. But we’ve got him good and lined up for when the Guardians of the Galaxy pick him up at the beginning of Avengers: Infinity War.

Out of Left Field

Maybe we’ll get a scene out of left field, something we aren’t expecting. The post-credits scene from Black Panther 2018 could just be setting up something for Black Panther 2020. But don’t get us wrong, it’s still a good idea!

Tune in TONIGHT to the CFP National Championship presented by AT&T at 8PM ET on ESPN for a special look at Marvel Studios' #BlackPanther!

Marvel Studios has gotten the rights back to numerous properties. So, maybe Marvel reintroduces someone like Blade?

No X-Men or Fantastic Four

Marvel is in the process of purchasing 20th Century Fox and has the rights to a ton of characters from the X-Men and Fantastic Four universes. But don’t expect any of them in the post-credits scene.

The truth is, the deal is not even close to being finalized. It’s going to take a few years, assuming that the U.S. government doesn’t prevent the buyout.

So, Wolverine, Human Torch, and all of their friends are off the table…for now.