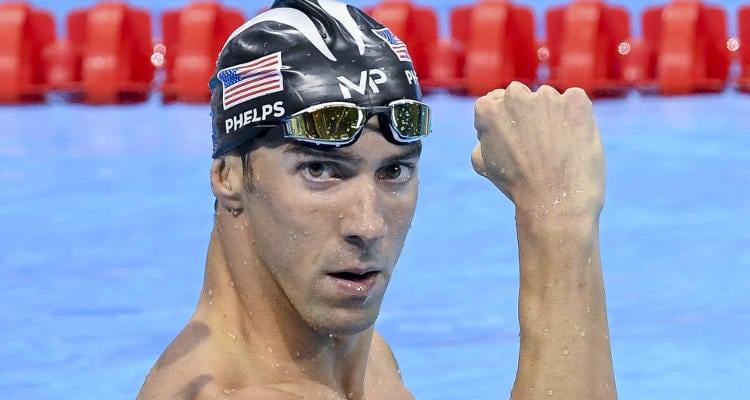 The question on everybody’s mind is, “why was Micheal Phelps laughing during the national anthem?” And worse -in front of everyone! Apparently, Phelps had tears in his eyes when the U.S. national anthem began playing. He looked somber as the song progressed but when it reached, “Oh say does that star-spangled banner yet wave,” some of Phelps’ friends in the Olympics Aquatic Center grandstand yelled out “O,” and he completely cracked up.

For those who don’t know, it is tradition for fans of the Baltimore Orioles basketball team scream out “O” during that point of the song, and Michael Phelps is an avid Baltimore Orioles supporter. When interviewed by NBC, Phelps stated, “My boys from Baltimore were down at the other end. Back in Maryland, we say ‘O’ for the Orioles during that part of the national anthem. And all of a sudden I hear them roar ‘O!’ and I knew exactly where it came from, and I lost it. Those guys came down from Baltimore and New York City to be here. Just special to see those guys in the stands.” Seeing (or hearing) the support of his hometown friends in the stand was just to much for Phelps to control himself. To Phelps, it has been one of the highlights of the Olympics for him, so far.

Once the anthem was over, Phelps went over to his fiancee, Nicole Johnson, and his two-month-old son, Boomer. It was a picture-perfect moment, as the proud father kissed his son. The 31-year-old Baltimorean has won three gold medals so far at the 2016 Rio Olympics in the Men’s 4x200m freestyle relay, 200m butterfly, and the 4x100m freestyle relay.

To know more about Michael Phelps’ son Boomer and his fiancee Nichole, check this out!