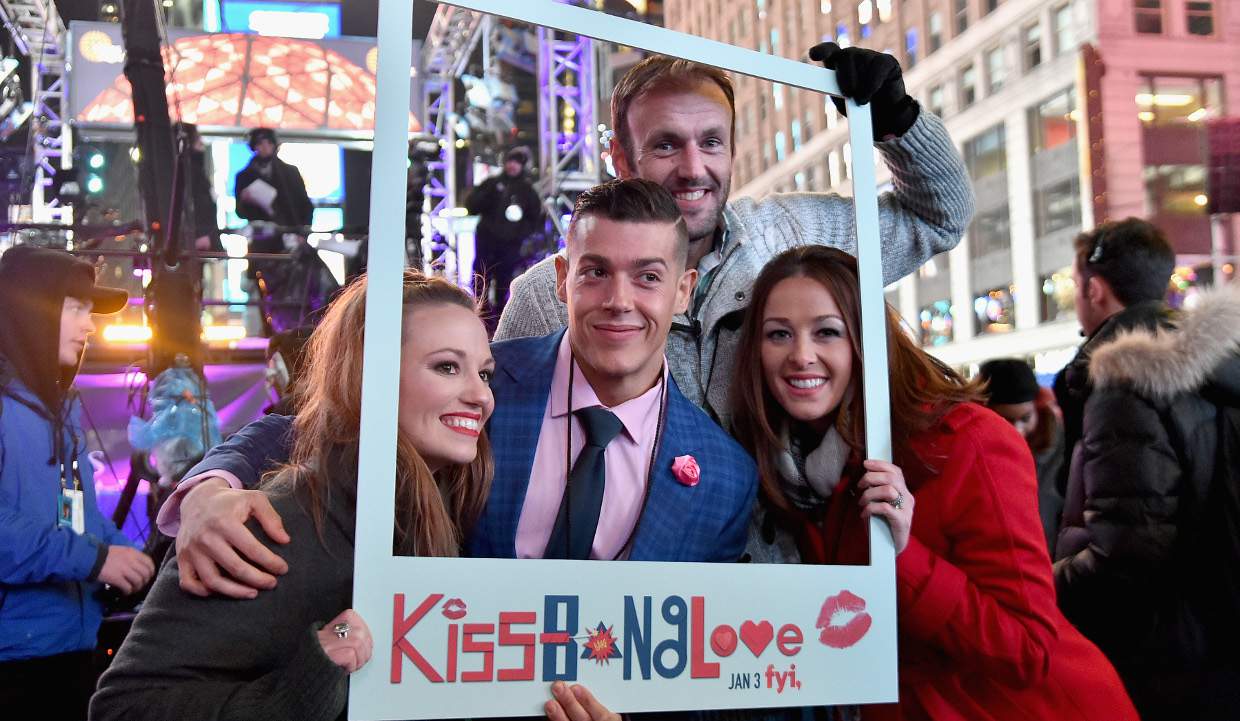 Can you imagine first meeting your partner on your actual wedding day?! The very idea may sound completely crazy to most of us, but Lifetime’s reality TV series, Married at First Sight has fascinated viewers by doing just that. Each of the couples have taken a giant leap of faith by saying “I do” to complete strangers on the biggest day of their lives. But have all these marriages worked out? What Married at First Sight couples are still together? Keep reading to find out!

The newest season of Married at First Sight has Jonathan Francetic meeting his new wife, Molly Duff’s sister and friends. The interrogation-style questioning by Molly’s sister left us all feeling a little anxious!

Since the show premiered, 15 couples got married, but not all of those marriages have survived. However, three couples weathered the initial storm to make it through. Which of the Married at First Sight couples are still married? We have the scoop for you, right here!

#latergram First family trip to DALLAS!?‍?‍? … I LOVE this city!? I feel like I could live here. It’s so nice!✨#dallas #loveit #mafsfamily #reunited ?

Despite Jamie Otis’ initial hesitation, she went on to tie the knot with Doug Hehner on the first season of the show. Doug’s patience paid off and the two started falling in love within a few months of their marriage.

The couple renewed their vows after a year of marriage and celebrated their love in a beautiful ceremony.

As Jamie read her vows, she said to Doug, “Our journey began a year ago when we said ‘I do’ as strangers at the altar. What I didn’t know then was that I just met the most amazing, kind, patient and handsome man.”

The couple went through a miscarriage in July 2016 and shared the story of their painful loss on social media.

Six months later, Jamie and Doug were expecting a baby girl, Henley Grace, who was born in August 2017.

Also Read: Jamie Otis Wiki: All about the Lucky One from “Married At First Sight”

CLOSED!!! Real love is the one which can stand the test of distance and time and still stay strong. So many of your stories have touched our hearts over the (almost) 4 years of our love story. Thank you for being here with us, sharing your love and inspiring us! So for you, we have a special giveaway -these beautiful watches #maketimeforlove HOW TO ENTER 1. Must follow @bklynbad , @cortrae and @alexander_watches #pursuegreatness 2. Tag your LOVE below & use the Couples Emoji ? ?‍❤️‍? ?‍❤️‍?that represents your LOVE the best! This counts as 1 entry per comment post/tag 3. Want to enter more than once and increase your chances?! TWO More Chances: Post an instastory using #maketimeforlove and tell us how you and your LOVE stay strong and defy odds like time and distance! FIVE More Chances: Repost THIS post & photo on your Instagram page tell us your best tip for making time for love! Use #maketimeforlove and tag @alexander_watches and @blkynbad and @cortrae Don't forget to double tap this photo <3 Giveaway closes on Monday 2/19 at 9pm EST WINNER ANNOUNCED on Tuesday 2/20 at 5pm EST and will have 48hrs to claim or a new winner will be chosen Contest is open Internationally! We ask that PRIVATE accounts be made PUBLIC during the giveaway in order to be entered. This giveaway promotion is in no way sponsored, endorsed, or administered by, or associated with Instagram. By entering entrants, you confirm that they are 13+ years of age, release Instagram of responsibility and agree to Instagram's terms of use.

This couple also got married in the first season of the show. (We think there was a little extra love in the air that season!)

Four years later, Cortney and Jason are still married and are committed to making their marriage last.

In an interview with E! News, Cortney said, “We have learned that peaks and valleys are going to be a part of our relationship and if we want to weather the storm and find ourselves still standing at the end, we must work on it daily.”

“We have survived and will continue to survive and love each other because we make decisions daily to build each other up,” she added.

Jason realized that he had to take a step back and evaluate his priorities at work to give his marriage more time. “I started making our marriage my main priority and started to see a huge growth in our relationship,” he said.

Ashley and Anthony were last season’s success story and have been together for almost a year and a half now. The couple explained that they learned to love each other just the way they are.

Anthony said, “We had a chance to go through ‘it.’ When I say ‘it,’ I mean all the laughing, all the fights, all the tears, all the joy, everything that happens in a normal relationship in marriage.”

Ashley and Anthony have plenty of advice for the couples on the new season of the show: “Put in the work. It’s not always going to be easy but really give it a chance,” Ashley said.

Anthony offered his own little nugget of wisdom saying, “Open up early and see things from the other’s perspective. Listen, just don’t hear.”

How amazing are these stories? It goes to say that true love can be found just about anywhere, even at the altar upon first sight!