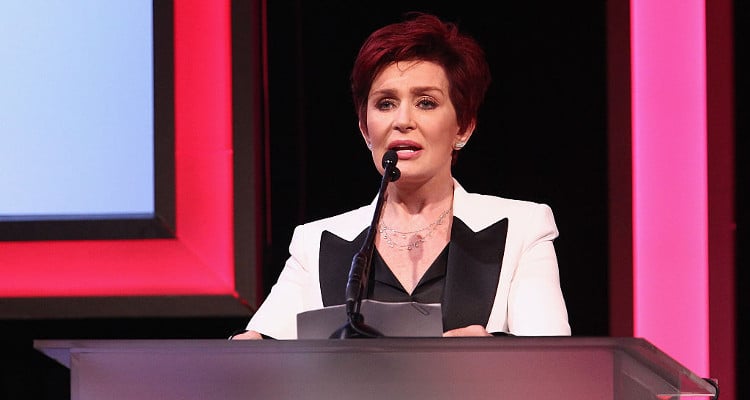 Rumors of Sharon Osbourne having health problems have been circulating, ever since she took time off from The Talk. Osbourne is now back after having corrective surgery to repair damaged discs in her back and is very happy to be working again.

Sharon Osbourne opened up about her absence from television for several weeks. She revealed that as she was playing on the floor with her grandchildren, and felt a sharp twinge as she stood up. The pain increased with time and soon, Osbourne found that she was unable to walk. After a diagnosis, the doctor told her that discs in her spine were damaged and a nerve was pinched, which needed surgery to fix.

Osbourne recalls, “I was on the floor with them playing with toys and I got up. As I got up from the floor, I just felt this twist in my back at the base of my spine. And then the next day I couldn’t walk. What had happened was I had done my L3 and L4 disks damage and the L3 had kind of mushed up, but it had entangled around a nerve. So it was pressing on this nerve on my back that affected my legs. I couldn’t walk properly. They tried to do it with an epidural to ease the pain – that didn’t do any good, so I had to go in and have surgery. And I’ve been in bed doing nothing. My life has just been like nothing.”

Too Young to Have Health Problems

Osbourne says that she has been banned from wearing high heels for some time by her doctors. However, she was thrilled to be back at work and being back on The Talk is “the best medicine I could ever have.” People are wondering if her age has anything to do with Osbourne’s recent health problems. Sharon Osbourne’s age just 64, which is no age to be having major health problems! But Osbourne is a busy woman, whose schedule requires a lot of travel.

She’s Fought Back Before

Though Sharon Osbourne has had medical issues in the past. She was diagnosed with colon cancer as well as depression, and is reportedly at risk for breast cancer and Alzheimer’s. However, she has reportedly overcome these health concerns. Osbourne is happy to be back at work, and we wish her the very best.