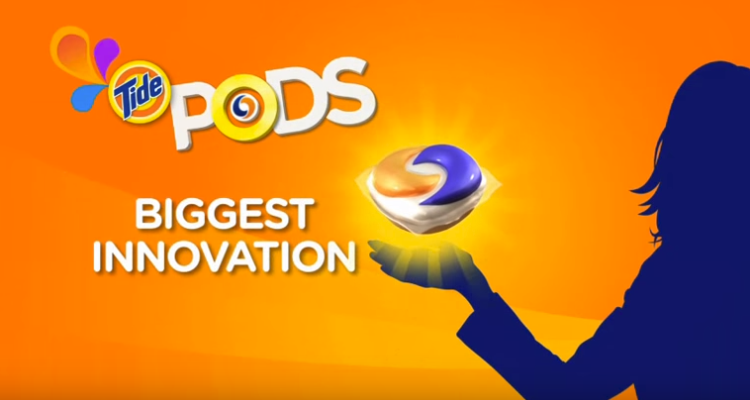 What is “The Tide Pod Challenge?” There are plenty of challenges on the Internet but none more dangerous or unnecessary than the most recent “Tide Pod Challenge.” Are people really eating Tide pods?! We have everything you need to know about this strange (and dangerous) Internet trend—and why you definitely shouldn’t be doing it.

What is “The Tide Pod Challenge?”

“The Tide Pod Challenge” has struck social media and involves people (mainly teens) who have been deliberately ingesting Tide capsules. Why? That’s our question! Apparently, it is a trend that is gaining steam, where willing individuals are dared to eat them and later spit them out to gain views on social media. However, many have been getting sick from swallowing them!

“A lot of people were just saying how stupid I was or how — why would I be willing to do that?” 19-year-old Marc Pagan, who said he was dared to do the challenge, told CBS News last week. “No one should be putting anything like that in their mouths, you know?” (Hmm…You think!?)

According to The Washington Post, there have been eight Tide-related deaths reported since 2012, but they were for children ages 5 and under. The warning labels on the box are normally meant for children, but since the trend has been catching on, the company has been forced to issue further warnings for teens and older!

Tide’s Parent company, Procter & Gamble said in a statement that they are “deeply concerned about conversations related to intentional and improper use of liquid laundry pacs.”

“Laundry pacs are made to clean clothes,” said Proctor & Gamble spokeswoman, Petra Renck. “They should not be played with, whatever the circumstance, even if meant as a joke. Like all household cleaning products, they must be used properly and stored safely.”

“What should Tide PODs be used for? DOING LAUNDRY. Nothing else,” the company said on social media. “Eating a Tide POD is a BAD IDEA, and we asked our friend @robgronkowski to help explain. [sic]”

Doctors caution that putting the Tide pods in your mouth could result in burns and they can also be poisonous. The laundry detergent already comes in a child-resistant pack but there’s nothing to stop teens and adults form intentionally consuming them.

According to the U.S. Consumer Product Safety Commission, putting the pods in your mouth could cause them to dissolve and release a high amount of toxins in the body.

“CPSC has received more than 500 reports of incidents involving children and adults and is working with manufacturers of the liquid laundry packets to prevent additional ingestions and eye injuries,” said Chairman Tenenbaum.

He added, “CPSC is encouraged that the manufacturers of laundry packets are developing improved warning labels, making their product packaging less attractive to children, and have committed to implement a comprehensive multi-year consumer awareness campaign. However, CPSC seeks additional design changes to all types of packages containing laundry packets that will make individual packets less accessible to children.”

It’s not something we thought we’d have to advise to adults, but please, stop eating the Tide pods!

What should Tide PODs be used for? DOING LAUNDRY. Nothing else.

Eating a Tide POD is a BAD IDEA, and we asked our friend @robgronkowski to help explain. pic.twitter.com/0JnFdhnsWZ