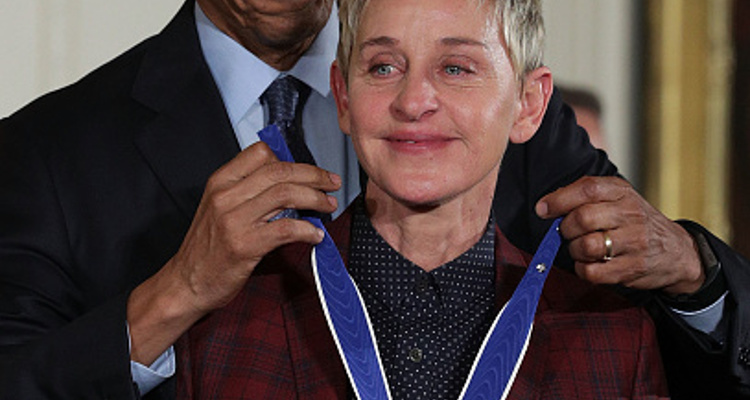 Ellen DeGeneres could not hold back her tears when she was awarded with the Presidential Medal of Freedom by Barack Obama, during a ceremony at the White House on Tuesday (November 22). She received the award for her contribution in the field of culture and entertainment. The President also praised her for courage in coming out openly as a lesbian almost 20 years ago.

It was an emotional moment for all present when comedian and TV personality, Ellen DeGeneres was awarded The Presidential Medal of Freedom by Barack Obama at the White House on Tuesday. DeGeneres could not hold back her tears as she listened to the kind words spoken about her as she received her medal. The 58-year old actress stood beside the president, teary-eyed, during the ceremony. Who gets the Medal of Freedom, and why? We will tell you all we know about the Medal of Freedom.

Who Can Win the Presidential Medal of Freedom?

The Presidential Medal of Freedom is an award given by the President of the United States and is the highest civilian award an American citizen can receive. It is on par with the Congressional Gold Medal. The Presidential Medal of Freedom recognizes those who have made “an especially meritorious contribution to the security or national interests of the United States, world peace, cultural or other significant public or private endeavors.” The award can be given to people who are not U.S. citizens as well, and can also be awarded to military personnel to be worn on their uniform.

How it is Awarded

The Presidential Medal of Freedom was established in 1963 by President John Kennedy, superseding the Medal of Freedom that was established by President Harry S. Truman in 1945, to honor civilian service during World War II. The medal can also be given posthumously and has been given several times as such. It may also be awarded to an individual more than once if he or she merits it. 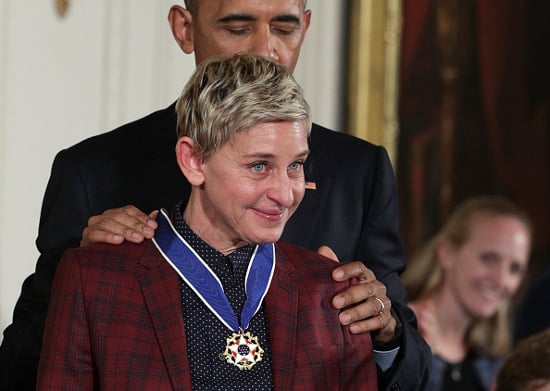 Ellen DeGeneres is an American comedian, television host, actress, writer and producer. She was in the popular sitcom, Ellen from 1994 to 1998 and has hosted her syndicated TV talk show, The Ellen DeGeneres Show, since 2003. She has acted in the films Mr. Wrong, EDtv, and The Love Letter. She has provided her voice in animated films like Finding Nemo and its sequel, Finding Dory. She has been also been a judge on the reality television show American Idol. DeGeneres has hosted several award ceremonies like the Academy Awards, Grammy Awards, and the Emmys. She is the author of three books and has also started her own record company, Eleveneleven. She has won a slew of awards so far, including 29 Emmys and 17 People’s Choice Awards. For this body of work and achievements, Ellen DeGeneres was awarded the prestigious Presidential Medal of Freedom in 2016.

At the award ceremony, Obama praised DeGeneres’ ability to make people laugh at something rather than someone. He also praised DeGeneres’ courage that she came out about 20 years ago, at the huge risk of her career getting destroyed. Obama said, “What an incredible burden that was to bear, to risk her career like that. People don’t do that very often, and then to have the hopes of millions on her shoulders.” 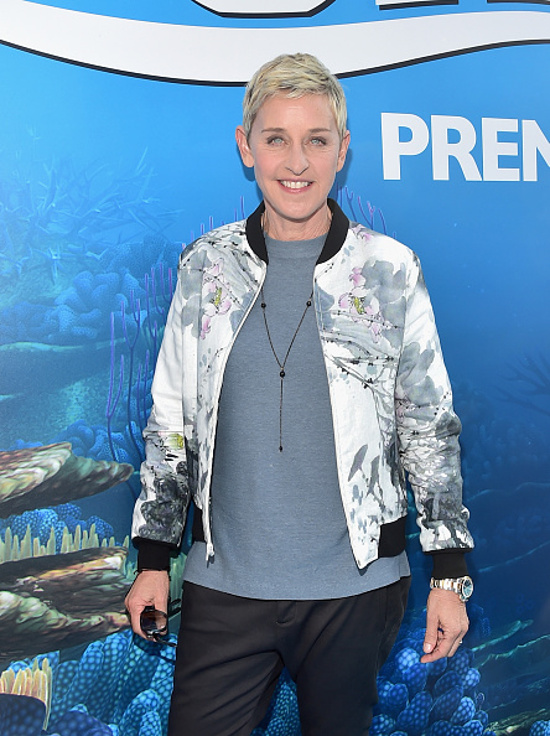 Why did Ellen receive the medal of freedom? She received the Presidential Medal of Freedom because of her contribution in the field of culture and entertainment. She has had a long career in TV, appearing in several well appreciated TV and talk shows. She has also been involved in several charitable efforts. DeGeneres is also a strong advocate of vegetarianism and actively fights for animal rights. She has proved that at the end of the day, it is the character of the person that counts, not his or her sexual orientation. For giving courage and hope to many, DeGeneres receives all the claps and cheers we can give. It’s a well-deserved honor for her to have.