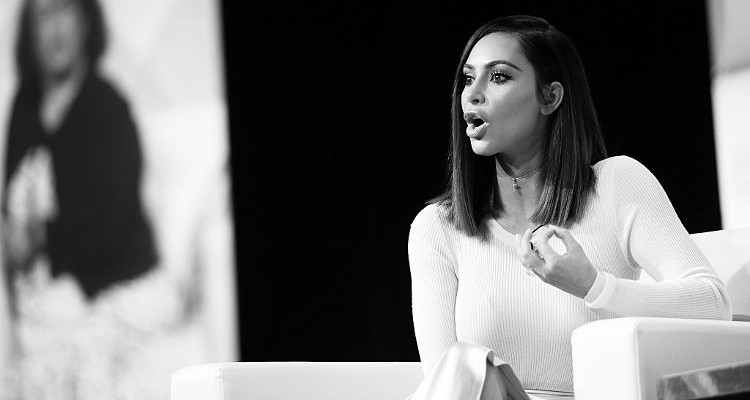 Kim Kardashian made her big return to social media (and to mainstream life) a few days ago, after a tumultuous 2016. But it looks like she might go on hiatus again due to a psoriasis breakout on her face!

After her traumatizing Paris robbery, reality star and social media maven, Kim Kardashian took a hiatus from her social life. But just a few days ago, Kim Kardashian West returned to social media, much to the happiness of her millions of followers. But her grand comeback was short-lived. Only one day since she returned to Twitter and Instagram, the 36-year-old tweeted that her Psoriasis is back and is now on her face. What is psoriasis? Are there other celebrities suffering from psoriasis? Read on to find out five celebrities who are battling psoriasis.

According to WebMD, “psoriasis is one of the most baffling and persistent of skin disorders.” Some sources call it a kind of auto-immune condition. Those who have psoriasis get rashes on their skin that are typically red, itchy, and scaly; they may be localized or all over the body, but is usually chronic. In severe cases, the rash may crack and bleed. Psoriasis usually occurs on the knees, elbows, and scalp, and it can also affect the torso, palms, and soles of the feet.

Psoriasis is caused by a rapid skin cell production, and as per WedMD, “turns your skin cells into Type A overachievers: They grow about five times faster than normal skin cells. And your body can’t keep up. The old ones pile up instead of sloughing off, making thick, flaky, itchy patches.” In the typical life cycle of a healthy person, skin cells grow deep and slowly rise to the surface of the skin, eventually falling off.  Usually this skin cell cycle takes place over a month. In those with psoriasis, the skin cell production takes place every few days. Because of this, skin cells don’t have the time to fall off, causing a rapid build-up of cells.

What causes this rapid production of skin cells? The exact reason is a mystery, but according to the research, something sets off the immune system which is most likely a combination of genetics and external triggers. Our genes control the way our immune system works. According to peacelogs.com, “When you have psoriasis, the genes that control your immune system signals get mixed up. Instead of protecting your body from invaders as it’s designed to do, it promotes inflammation and turns skin cells on overdrive.”

Certain things trigger a flare of psoriasis for certain people. A skin injury like a cut, scrape, bug bite, infection, bad sunburn, or even too much scratching can trigger the condition. Infections like strep, earaches, bronchitis, tonsillitis, or a respiratory infection such as cold, flu, or pneumonia can also trigger a flare. Stress can also trigger psoriasis. However, it isn’t contagious and can’t be passed from one person to another through touch.

Psoriasis has no cure, but a treatment plan can reduce the inflammation significantly. Different ointments and medicines are prescribed to remove the scales, and reduce inflammation to slow down the skin cell production. Medication and lifestyle practices are the only way to get the condition under control.

Which Celebrities Have Psoriasis?

Approximately 7.5 million Americans suffer from psoriasis —including some of our favorite celebrities. Here are five celebrities who have this chronic skin disorder.

Kim K is probably the most well-known person on this list to have psoriasis. The reality star revealed her psoriasis diagnosis on Keeping Up With The Kardashians in 2010. Kim was 30 years old at that time, the same age as her mother, Kris Jenner when she suffered from her first flare. Kim Kardashian revealed that she uses Sally Hansen Airbrush Legs Spray to deal with her flares.

The former competitive swimmer and 12-time Olympic medalist says that the chlorine in the pool actually helped her condition, though most people with Psoriasis find the chemicals in the pool irritating.

Funny man and Saturday Night Live alum, Jon Lovitz had lesions covering 75% of his body, which he used to cover with makeup. After trying and failing with different medications, Lovitz found a way to control his psoriasis. He strongly recommends those with the condition to not feel embarrassed and visit a dermatologist.

The two-time Grammy Award winning artist has been battling psoriasis since she was two years old. The stigma from being a “scaly child” carried on and the singer was afraid to wear short dresses on the red carpet. But with the help of a healthy diet, medication, and a change in lifestyle, her psoriasis is now under control, and she has clear skin. She celebrated her triumph over psoriasis with a bikini photo shoot.

Celebrated actor and director, Eli Roth once had such a severe flare up, his skin was cracked and bleeding to the point where he couldn’t walk or wear clothes. His battle with psoriasis inspired the horror-flick director to make Cabin Fever, where a group of kids contract a fictional flesh-eating skin disease. The movie was a blockbuster hit, and still remains to be a cult classic.