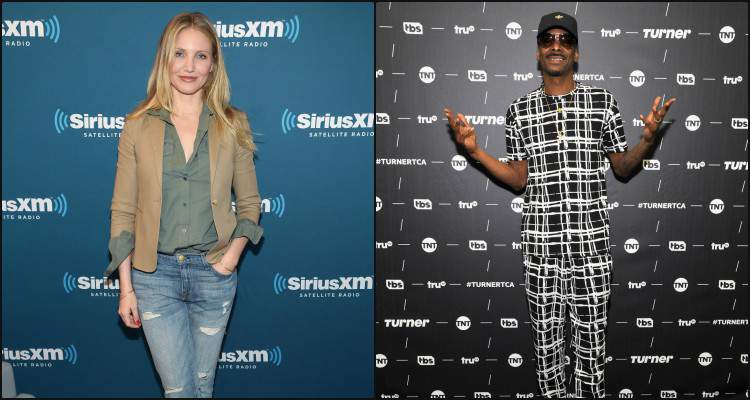 It really is a small world! Whether from high school or college, once you graduate, you never really expect to see your classmates again. But recently, it was revealed that two celebrities not only went to the same school together, but also knew each other! Did Cameron Diaz go to high school with Snoop Dogg? Find out right here!

Which High School Did Cameron Diaz and Snoop Dogg Go To?

Just feeling grateful to our good friends @barnesandnoble, for hosting events that help engage readers and continue to change the conversation about aging. Join us if you haven't already; link is where you think it is. ????? ?#thelongevitybook

The two went to Long Beach Polytechnic School, in California. In 2011, when Diaz appeared on Lopez Tonight, she told George Lopez that Snoop “was a year older than me…I remember him, he was very tall and skinny. He wore lots of ponytails.”

She also revealed, “I’m pretty sure I bought weed from him,” joking that she “was green even in high school.” About her time in high school she said, “Anytime you heard the locker slam and you’d turn and there was a girl taking off her earrings, she’s pulling her hair back in a ponytail and she’s taking all her friends’ rings and coming at you like this.” Diaz added, ‘”It was like ‘OK, everybody get back’ and you’d be wondering ‘Is she coming at me?’ I used to get in fights with boys more than girls, for some reason boys liked to fight me. But one time in junior high I had this girl come up to me in the locker room from behind and pull my hair back. I had to shut her down!”

Snoop Dogg’s Side of the Story

Snoop Dogg confirmed that Warren G and Nate Dogg were not his only classmates. He also agreed that he lived up to his reputation, and it is very likely that he sold Diaz “that white girl weed!”

Snoop said in an interview that they also had mutual friends. “She ran with my homegirls, all my little cheerleading homegirls. She was in [their] little crew,” he explained. He added that Cameron Diaz was always as cool as she is now saying, “She was fly and she was hip. I never got at her like that because she was younger than me.”