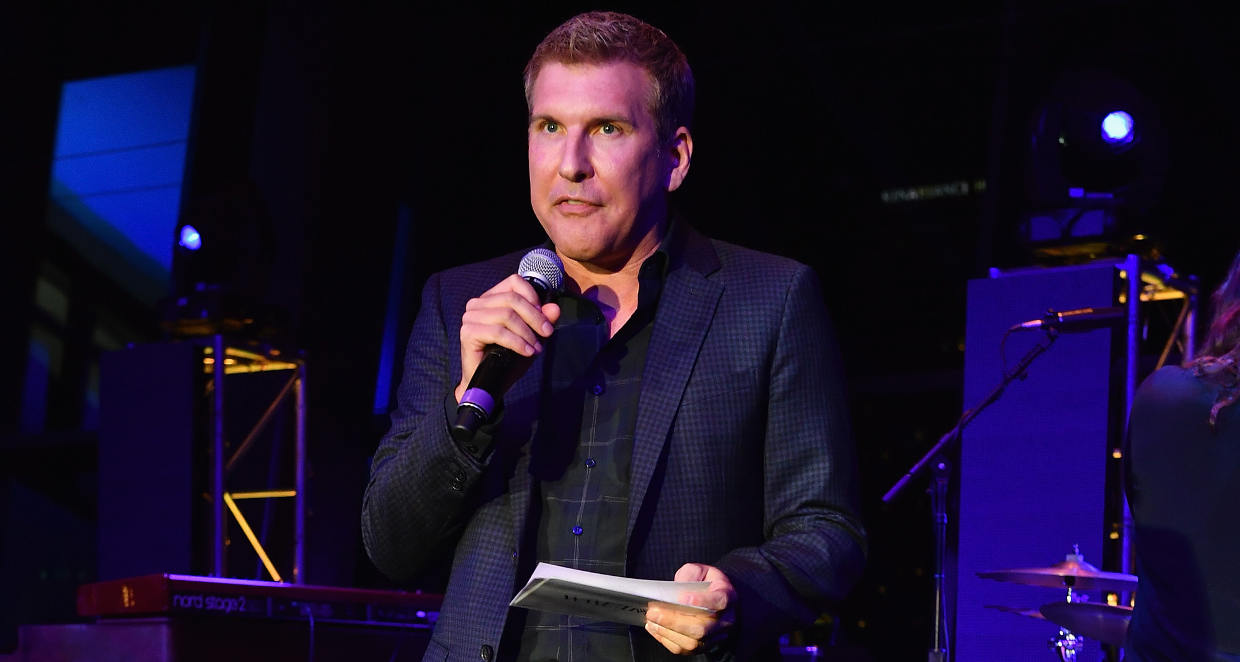 Many Chrisley Knows Best fans are concerned about the bandage Todd Chrisley was seen wearing on his neck after the premiere of the show’s sixth season. Why does Todd Chrisley have a bandage on his neck? Get the scoop on what happened to Todd Chrisley’s neck, right here.

Todd Chrisley was seen sporting turtleneck T-shirts lately, and he has a good reason for it! The main man of the Chrisley household, which has grown to become America’s sweetest family, was wearing a bandage, leading people to worry about his health.

So, keep reading to find out what’s wrong with Todd Chrisley’s neck.

Tonight, We're on a mission to find Chase the perfect girl! Watch it go down on an all-new #ChrisleyKnowsBest TONIGHT at 10/9c on @USA_Network.

Season 6, episode 1 of Chrisley Knows Best has got fans of the show wondering about Todd Chrisley’s neck! It was revealed later that he had a bandage on because he reportedly went through surgery after his salivary gland burst!

Todd was filmed while he was healing from the surgery. So, this is why you can see him wearing a bandage on the episode.

The medical procedure was not made public. But viewers of the show were made aware of what happened to Todd’s neck during his commentary.

Todd Chrisley’s daughter, Savannah Chrisley, also went through hospitalization after she met with an accident last year. She lost control of her car after the foot mat got stuck, and she ended up ramming into a guardrail.

Savannah was treated for broken vertebrae, bruises, cuts, and burns from the airbag. She wore a neck brace for a while during the healing process.

Her father fell to his knees when he received the call at night from the highway patrol. They asked him to go to the hospital as his daughter had been in an accident. (Every parent’s worst nightmare.)

Todd Chrisley received some social media backlash about how he has spoiled his children and that his daughter’s accident was a product of that. But he walked through the fire and came out unburned.

Meanwhile, Savannah Chrisley recovered from her accident, and things went back to normal.