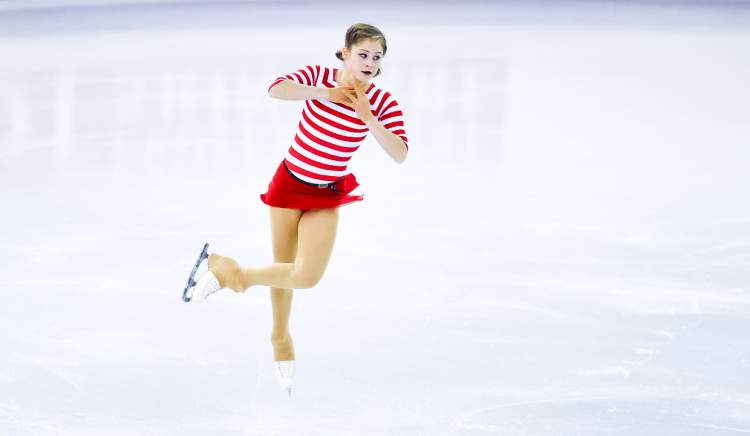 When Lipnitskaya’s mother was expecting, Vyacheslav was selected for the Russian army. He left his family and decided not to come back. So, Lipnitskaya was raised by her single mother.

Lipnitskaya’s grandmother, Evgenia Koklova, was a big influence on her figure skating career.  Koklova practiced skating, acrobatics, and sailing in her youth.

To become a figure skater, Lipnitskaya started training at the age of four. Lipnitskaya and her mother decided to relocate for her skating career.

With a lot of hard work and determination, Lipnitskaya became a famous figure skater. She went on to represent her country in several competitions.

In fact, at the 2014 Winter Olympics in Sochi, Lipnitskaya came first in the free skate and short program! Because of her amazing performance, Lipnitskaya won a gold medal for her country.

What Happened to Yulia Lipnitskaya?

Although Lipnitskaya is just 19 years old, she decided to quit her career as a figure skater. It is indeed sad, given the fact that Lipnitskaya is still very young and could’ve gone further in her skating career.

In an interview, Yulia Lipnitskaya spoke about her condition. She explained that anorexia is common and not everybody has the strength to cope with it.

The only regret that Lipnitskaya has is that she didn’t speak out about her condition before. She also said that she no longer misses figure skating.

Former general director of the Figure Skating Federation of Russia, Valentin Piseev, said, “The decision to retire was made by Yulia Lipnitskaya in April and did not become a surprise.”

Tatiana Tarasova, who is a Russian coach, compared Lipnitskaya to a star that lit up the sky. She explained that some stars shine for a long time while others shine too bright and burn out.

Tarasova further said that she wishes Lipnitskaya a good life because she is a great person who inspired many. We are pretty sure that the former skating champion must have been moved by Tarasova’s comments.

Where Is Yulia Lipnitskaya Now?

Although Lipnitskaya retired from competing in figure skating, that doesn’t mean she won’t participate in exhibitions.

Valentin Piseev said, “We must pay tribute to Yulia Lipnitskaya, figure skating was abandoned by a bright star, unfortunately, it did not shine for so long, but Lipnitskaya managed to make a splash.”

“It’s really one of the world’s stars in our sport, I wholeheartedly wish her good luck in the future, I think, she will not give up fully figure skating, but will participate in shows or other events,” Piseev added.

As of now, it is not known what Lipnitskaya plans to do in the future. Maybe she will pursue her studies further. But right now, her sole focus is on her health and she wants to work on that.

We wish Yulia Lipnitskaya all the best for her future.