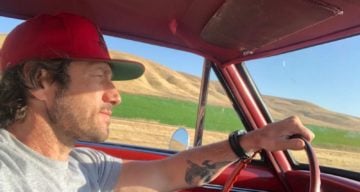 A new season of Forged in Fire premieres on November 18, after the exciting spinoff, Forged in Fire: Beat the Judges, wrapped up its first season this year. But the trailer for the upcoming season hints at a new host. What happened to the longtime host, Wil Willis? Being a fan favorite, the former veteran’s fans are asking if Wil Willis has quit the show or has taken a temporary hiatus. There hasn’t been an official statement from The History Channel or Willis, but Forged in Fire speculates a reason for his break from the show.

Wil Willis Is Not Part of New Forged in Fire Season

Wil Willis, the former Army Ranger, has been the host of Forged in Fire since it began. He was last seen hosting the show’s spinoff.

But the new teaser for the upcoming season shows that Ben Abbott is going to host the show. Abbott, a two-time winner of the show, was promoted to the judge’s panel in season 4, and the teaser reveals that he will now host the 2020 season in place of Willis.

Fans of the show are naturally asking what happened to Willis. They are curious if he quit, was fired, or is on a temporary break.

The History Channel hasn’t made an official statement. Willis hasn’t said anything, either. That gives loyal viewers some hope that his hiatus isn’t permanent.

Willis and his wife, Krystle Amina, welcomed their first child, Flash Orion Willis, in March 2020. Fans speculate that Willis is focusing on his son and fatherhood and has therefore taken a break from the new season.

Flash Orion Willis 7 lbs 7 oz… Docs had to go in for this guy but happy to say he and Momma are doing great! #flashdaddy #babywatchisover #thefunhasarrived #laboranddelivery

Hopefully this isn’t the last of Wil Willis on Forged in Fire. In the meantime, fans can catch up with him and little Flash on social media.