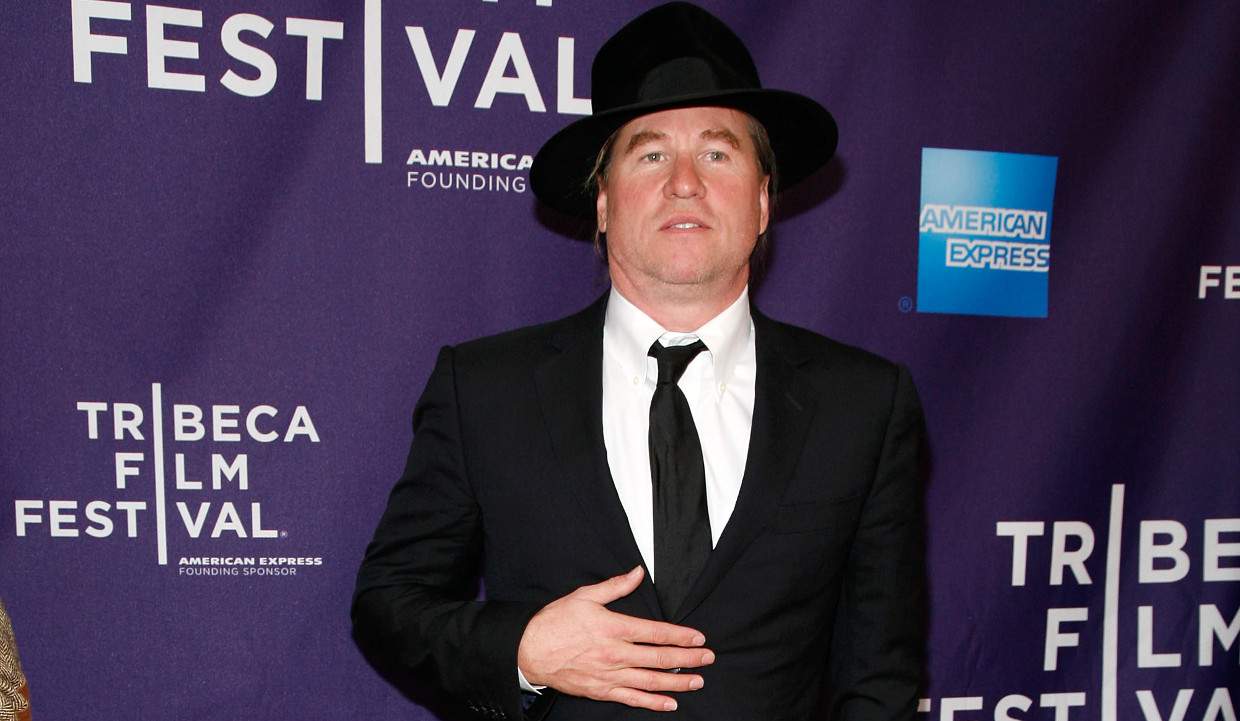 Fans still remember actor Val Kilmer for his role as Doc Holiday in the 1993 film, Tombstone. But it appears that Val Kilmer has not been active in the Hollywood industry lately, leaving many to wonder; what happened to Val Kilmer? Where is Val Kilmer now? We have all the juicy gossip about the actor, right here!

He was born Val Edward Kilmer on December 31, 1959, in Los Angeles, California. Initially, he started his career as a stage actor.

Kilmer was still a student at Juilliard School’s Drama Division in 1981 when he was a part of the play, How It All Began. In fact, he turned down a role in Francis Ford Coppola’s movie, The Outsiders, because he had prior theatre commitments.

Kilmer went on to appear in several plays in his early years of acting. But his biggest break in the acting industry came when he scored a role in the film, Top Secret!

Additionally, Kilmer has also worked in various TV films like The Murders in the Rue Morgue, The Man Who Broke 1,000 Chains, and Billy the Kid. He has also done a voice-over work for the show, Knight Rider (for 18 episodes).

Where Is Val Kilmer Now?

Kilmer’s last major role was that of Duane in Song to Song, which released in March 2017. The romantic drama film was directed by Terrence Malick. It also starred Rooney Mara, Natalie Portman, Ryan Gosling, and Michael Fassbender. However, it looks like he’s got quite a bit of work lined up for 2018!

The actor also appeared in another movie called The Snowman, which is a British crime thriller directed by Tomas Alfredson. The film released on October 20, 2017, in the United States.

Kilmer’s upcoming projects include 1st Born, which is a comedy film co-starring Denise Richards. The film will release sometime in 2018.

Val Kilmer will also be starring in an action and crime based movie called Riptide. The release date of the film is yet to be announced as it is currently in pre-production.

Back in 2015, Kilmer was admitted to the hospital. His representatives claimed that they were running tests for a possible tumor. Rumors started swirling about the possibility of throat cancer, as Val Kilmer began consistently being seen with a scarf tied around his neck.

Thank you for all your sweet support. But I have not had a tumor, or a tumor operations, or any operation. I had a…

After the hospital news, there were even more rumors about Val Kilmer’s cancer diagnosis. Initially, Kilmer denied those rumors. But in April 2017, he explained that he had a “healing of cancer.”

When one of the fans questioned Kilmer about cancer on Reddit, Kilmer replied, “He was probably trying to help me cause press probably asked where I was these days, and I did have a healing of cancer, but my tongue is still swollen altho healing all the time. Because I don’t sound my normal self yet people think I may still be under the weather. [sic]”

In 2017, it was finally revealed in an interview that Kilmer’s “two-year battle with throat cancer has taken its toll, and a procedure on his trachea has reduced his voice to a rasp and rendered him short of breath.”

Kilmer was recently seen last week at LAX airport wearing a surgical mask, a cap, and sunglasses. He was covered from head-to-toe.

The veteran actor is still seen wearing scarves around his neck. According to reports, he had to undergo a tracheostomy during his throat cancer treatment. However, Val Kilmer seems to be in better health and better spirits after battling throat cancer for two years.

Fans are happy to see work lined up for him in 2018 and can’t wait to see him back on the big screen again!