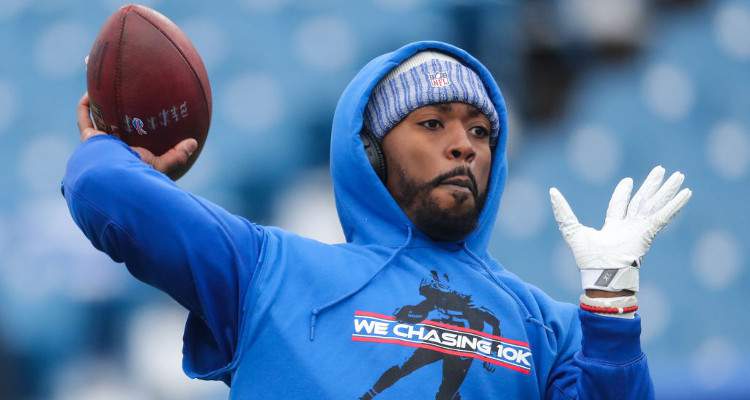 NFL fans have undoubtedly heard about the hit one of it’s players took at last night’s Buffalo vs. Jacksonville game. Buffalo Bills quarterback, Tyrod Taylor reportedly suffered a concussion during the game against the Jaguars and many are looking for an update. If you are wondering what happened to Tyrod Taylor, then keep reading. We’ve got to scoop on Tyrod Taylor’s injury, right here.

Sadly, on Sunday, the Buffalo Bills lost the wild-card game against the Jacksonville Jaguars. It was quite an exciting game, but in the end, it was the Jacksonville Jaguars who took the lead and handed the Bills a tough 10-3 loss. However, the biggest blow to the Buffalo Bills was towards the end of the game, when Tyrod Taylor suffered a blow that reportedly left him with a concussion, and he had to be taken off the field.

It happened late in the fourth quarter of the game when Taylor was sacked and taken down in what only could be described as “ouch.” His head hit the ground pretty hard and reportedly he suffered a concussion. Their team’s coach, Sean McDermott said that Taylor was kept in the concussion protocol after the game. Taylor was replaced by Nathan Peterman with less than two minutes left in the game.

The 28-year-old was left lying down on the ground as a result of the now-famous sack by Dante Fowler. Before he left the game, Taylor finished 17 of 34 passes for 134 yards and also a second-quarter interception. Talking about the game, coach Sean McDermott said, “You don’t get anything for the effort in this game. It’s won or lost on the scoreboard. Obviously, we need to score more points.”

Apparently, the Bills agreed to keep Taylor with the team until the end of the 2018 season. This is not the first time Taylor has suffered a concussion, either; in the third preseason game against the Baltimore Ravens, Taylor sustained a concussion. However, his recovery was quick and he was able to start in the Week 1 game against the New York Jets.

To the art of athletes. This game was hard to watch. Savage opponents (??) kept smashing up and twisting Tyrod Taylor's head and neck. ?? Buffalo didn't win the game. But honestly, we've got heart and tenacity and that's really a better kind of win in my book. ?♥️? To the Buffalo Bills! Respect. X, IAMCITIZENJANE . #respect #buffalobills #tyrodtaylor #win #football #game #ok #heart #tenacity #art #athlete #game #play #word #season #over

28-year-old Tyrod Taylor started off his career as a starting quarterback for the Virginia Tech Hokies football team. During the sixth round of the 2011 NFL Draft, Taylor was drafted by the Baltimore Ravens. He played for the team until 2014, and in 2015, Taylor was signed by the Buffalo Bills as a free agent.

As of now, Taylor’s future looks unclear. There is no news about his recovery or whether he will be playing in another game or not. Nonetheless, we wish Tyrod Taylor a speedy recovery and hope to see him on the field very soon. If you somehow missed the match and want to witness the moment Tyrod Taylor was smashed to the ground, then check it out below.