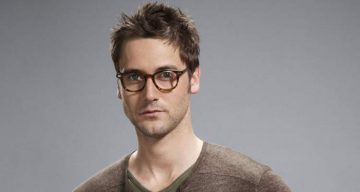 The Blacklist is in its fifth season and, after the fall finale, fans want to know what happened to Tom Keen. Is Tom Keen really dead? If you want to know how Tom died, and who killed him, then keep reading.

The Blacklist has put its characters through some troubling experiences, though Tom Keen arguably had it the worst. Played by Ryan Eggold, Tom was abducted by his parents, where his name was changed from Christopher Hargrave to Jacob Phelps. At a very young age, he was taken in by an underground spy trainer, the Major. After being assigned to look after Elizabeth Keen (Megan Boone), he fell in love and, after being compromised, took the alias of Thomas Vincent Keen and worked as a fourth grade teacher.

How Did Tom Keen Die?

During the fifth season’s fall finale, Tom is kidnapped and held captive by Ian Garvey and his men, who stabbed him in the abdomen after attacking Liz. After he tries to save them both, Tom is being choked as Red (James Spader) and Dembe (Hisham Tawfiq) enter the scene and shoot the men. With the amount of blood on the floor, it is unclear if the two will make it. But Red and Dembe manage to get them to the hospital, where Tom succumbs to his injuries, and Liz falls in a coma.

Is Tom Keen off The Blacklist?

Ryan Eggold was asked the same question in an interview, and he said, “I think it’s a fitting ending. I think it’s a good ending for the character primarily because he’s had this incredible journey of being somewhat sociopathic and a well-trained operative who can manipulate people but doesn’t really have an inner emotional life that is at all sincere, but then meets this woman, develops this relationship, has a child with her, and has a family now, and really learns to love someone, and to care about someone and to be loved. He has always had this ideal of setting her free from Red and sailing off into the sunset and living in some beautiful home on the beach with Agnes, and having this family.”

Even though it looks like Tom is really dead on The Blacklist, we will still see him in other projects this year, “I’m doing a great film with Spike Lee called The Black Klansman, that is a true story about this cop named Ron Stallworth, who ended up infiltrating the KKK in the ’70s, so I’m shooting that now. It’s cool to jump into something that’s very different with a filmmaker that I always admired, and with a great cast and crew. It’s fun.”