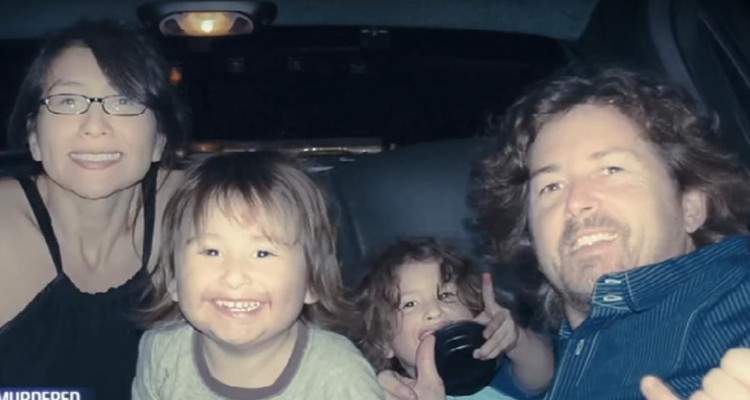 In 2010, the McStays, a seemingly normal family of four, disappeared. Three years later, they were found, dead. Who killed the McStay family? Investigation Discovery delved into the mysterious murder of this picture-perfect family.

Four years after Joseph and Summer McStay, along with their two sons, were found murdered, Investigation Discovery rehashed their unsolved mystery in Monday night’s People Magazine Investigates. The disappearance of this seemingly normal suburban family, followed by the discovery that they were murdered, has raised more questions than answers. Joseph managed a company that built decorative fountains, while Summer had a real estate license. They had a four-year-old son, Gianni and a three-year-old boy, Joseph Jr. They owned two dogs who were like family to them. What happened to the McStay family? Here’s what you need to know about the family that confounds the world even in death.

On February 4, 2010, a few days after celebrating their youngest son, Joseph Jr.’s birthday, Joseph and Summer McStay stopped responding to their cell phones. The last person Summer spoke to was her sister. Records show that Summer and Joseph texted each other on the same day.

The family moved to the San Diego suburb of Fallbrook only four months prior. Later that same evening, surveillance feed from a neighbor’s camera shows the family car, a 1996 Isuzu Trooper, leave the place. But the occupants of the vehicle were not visible.

Sometime later, records revealed that Joseph’s cellphone pinged a Fallbrook tower when he called his business associate, Chase Merritt. The call went to voicemail as Merritt claims he was watching a movie and didn’t take the call.

On February 8, 2010, four days after the McStay family went radio silent, their Isuzu Trooper was found. It was towed from a strip mall parking lot in San Ysidro, California. Security guards believe the car was parked there between 5:30 p.m. and 7:00 p.m. It was not known where the car had been before that.

Two days later, San Diego County sheriffs deputies conduct a welfare check on the McStay family home. But with no signs of foul play, they leave without checking inside.

By now, friends and relatives of the family had been unsuccessfully trying to contact Summer and Joseph. A worried Mike McStay, Joseph’s brother, crawled into their house through an open window. What he found is worrying.

On February 13, 2010, Mike finds the beloved family dogs in the backyard. They had been there without food and water for days. A carton of raw eggs was found on the kitchen counter. Two child-sized bowls of popcorn sat on a couch. There was no evidence of foul play, but indications of a hasty departure.

On February 15, 2010, the family reports to authorities that Joseph, Summer, Gianni, and Joseph Jr. are missing. Though they were alerted, authorities didn’t act until February 19. They searched the home and find no evidence of struggle.

On February 23, 2010, the baffled homicide investigators notify Interpol to be on the lookout for the McStay family. They were operating on the theory that they are still alive and traveling to Mexico. In the days that followed, Mexican authorities were asked to search airports, bus stations, and other travel hubs.

March 5, 2010 saw a breakthrough in the investigation. A video dated to February 8, around 7:00 p.m., shows a family of four resembling the McStays entering Mexico hand in hand through the pedestrian gate.

By March 18, the McStay family spark a media frenzy. On March 30, the FBI joins the investigation. Authorities believed that the family traveled to Mexico voluntarily. Their Internet search history revealed someone searched: “What documents do children need for traveling to Mexico?” and Spanish lessons. They were still considered to be alive as several unconfirmed sightings of the family were reported in Mexico.

⌛️ There's a lot more to this case than I can post here but it's fascinating, and I'll post some updates when the trial resumes on May 15⏳ Thanks to @missjuheeboombastic for letting me know about this! The McStay family were found murdered in the desert near Victorville, California on November 13, 2013. The McStays had disappeared from their Fallbrook, California home on February 4, 201 and their disappearance was widely reported on national news, America's Most Wanted, Disappeared, Nancy Grace, and Unsolved Mysteries. On November 11, 2013, a motorcyclist found four sets of human remains buried in two shallow graves in the desert near Victorville, California. Two days later, the remains were identified as those of the McStay family. The deaths were ruled a homicide and authorities of San Bernardino County said they believe the family died of blunt force trauma inside their home, but they declined to discuss specifics of the deaths or a motive. Almost a year later, on November 7, 2014, police announced they had arrested Charles Merritt, Joseph McStay's business partner, and intended to charge him with the murders. #casewatch #trialwatch #crime #crimescene #criminology #murder #family #disappearance #missing #homicide #mcstay #mcstayfamily #mojave #california

On November 11, 2013, three years after the McStays disappeared and their relatives cleared their Fallbrook home of belongings, a motorcyclist was riding across the Mojave desert in northern Victorville. He stumbled across a human skull and called investigators.

After working tirelessly for 24 hours, forensic investigators, including an anthropologist, uncover two grave sites with multiple human remains. The next day, authorities concluded that the remains are of four people.

On November 15, 2013, the San Bernardino County Sheriff reported that the remains were identified and  revealed they were of Joseph, Summer, Gianni, and Joseph Jr. who all disappeared three years ago. Their deaths were ruled as homicides and were believed to have died of blunt force trauma inside their home. The murder weapon was believed to be a 3-lb sledgehammer that was found in the graves.

On November 5, 2014, Chase Merritt’s DNA is found on the steering wheel of the McStay’s car.

Two days afterwards, police arrest Merritt. He is the primary suspect in the disappearance of his business partner and his family.

Joseph’s father, Patrick and Summer’s sister have primarily been trying to find out what happened to Joseph, Summer, and their children. Amateur sleuths worked their own theories. Thanks to a book published by Rick Baker, many theorized Summer was the culprit.

While some claim that Summer murdered the family, others say it was a drug cartel’s work. Mike McStay slammed Baker’s accusations and defended Summer. The family also didn’t believe that Joseph and Summer would travel to Mexico of their own accord, because they feared the drug wars. The theory was further supported given that the more than $100,000 in their bank account was untouched for the supposed travel.

Summer’s sister also said that the deceased mother’s passport was expired around that time. But you don’t require a passport to enter Mexico, it’s only necessary to reenter the U.S. Summer became more suspicious when it was revealed that she went by several other names. She altered her birthdate to say she was 10 years younger, too.

So far, Chase Merritt is the primary suspect in their murder and disappearance. He was the last known person to have contact with Joseph McStay. Merritt also has a criminal history of burglary and receiving stolen property. He did, however, pass a polygraph test and didn’t have any useful information about the McStay’s disappearance.

But Merritt knew some things. Claiming that he intends to publish a book, he alleged that Summer had anger issues and was possessive of Joseph. He also claimed that Joseph had been suffering a mysterious illness. While his claims were confirmed by Joseph’s family, neither the family nor Merritt believe Summer killed her husband and kids.

Prosecutors allege Merritt has a gambling problem and killed the McStays for financial gain. But he has pleaded not guilty to all four counts of murder. His trial has been delayed several times as he repeatedly fired his attorneys and requested to represent himself.