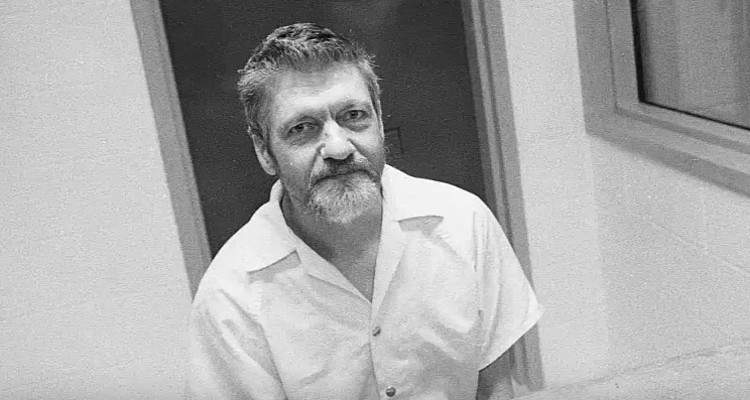 Manhunt: Unabomber gave the world insight to Ted Kaczynski and how the FBI was able to find and arrest him. The miniseries ended over a month ago, but viewers are still plagued with one question: Where is Ted Kaczynski now? If you want to know what happened to Ted Kaczynski, then keep reading because we have information about Ted Kaczynski in 2017.

Ted Kaczynski is famously known as “The Unabomber.” He was born on May 22, 1942, in Illinois, and is a mathematics prodigy who taught at the University of California, Berkeley before moving to a remote cabin in Montana.

Between 1978 and 1995, he mailed bombs to airlines and universities, killing three and injuring 23 people. And, after watching the Discovery show about the case, a lot of people want to know what happened to Ted Kaczynski.

On April 3, 1996, FBI agents arrested Kaczynski in his cabin. Among other items, they discovered 40,000 hand-written journal pages, which had bomb-making experiments, components, and a live bomb to be mailed.

Later that month, a federal grand jury prosecuted Kaczynski with 10 counts of illegally transporting, using, and mailing bombs. He was also indicted on three counts of murder. His lawyers, Michael Donahoe and Judy Clarke, wanted to use an insanity defense to avoid the death penalty, but Kaczynski rejected the appeal.

In 1998, Kaczynski changed his representation in favor of Tony Serra, who put forth Kaczynski’s anti-technology views as his defense. However, his efforts were not successful, and in January 1998, it was reported that Kaczynski tried to kill himself before returning to court.

To avoid the death penalty, Kaczynski pleaded guilty to all 13 bombing-related charges. He was sentenced to life imprisonment without the chance of parole on January 22, 1998.

Kaczynski then tried to withdraw his plea, stating that it was involuntary. But, it was dismissed by the judge and he was sent to the U.S. Penitentiary Administrative-Maximum Facility in Florence, Colorado.

Ted Kaczynski is very much alive and is serving eight life sentences. So, he will spend the remainder of his life in prison. In an interview, he revealed that he was not afraid of losing his mind.

Kaczynski said, “What worries me is that I might in a sense adapt to this environment and come to be comfortable here and not resent it anymore. And I am afraid that as the years go by that I may forget, I may begin to lose my memories of the mountains and the woods and that’s what really worries me, that I might lose those memories, and lose that sense of contact with wild nature in general. But I am not afraid they are going to break my spirit.”

In 2016, it was reported that at the start of his imprisonment, he became friends with Ramzi Yousef and Timothy McVeigh, the culprits of the 1993 World Trade Center bombing and Oklahoma City bombing, respectively. The three are said to have formed a deep friendship and would often talk about religion and politics, until McVeigh’s execution in 2001.

#TedKaczynski: It takes incredible #strength and #courage to be different from everybody else, but it’s a good thing. #ManhuntUnabomber

On August 1, 2017, Discovery aired Manhunt: Unabomber, a drama miniseries by Andrew Sodroski. It followed the FBI’s hunt for Ted Kaczynski, The Unabomber.

Sam Worthington, who played FBI agent Jim Fitzgerald, said, “[His] way of thinking actually kind of makes sense, it’s just his approach to it was awful. I think there are things I read in the manifesto that I agree with, to be honest.” He further added, “I do not agree with how he went about trying to get his message across, I think no one would.”