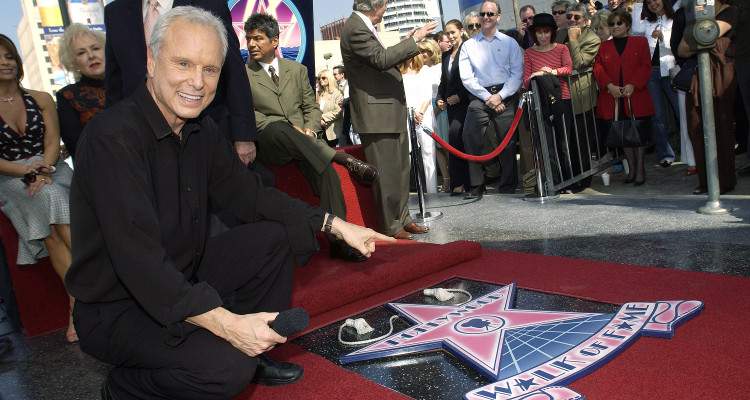 Steve Edwards, a longtime veteran anchor on Good Day L.A., has been fired by Fox! He is the latest news anchor fired by a network after being hit by a sexual harassment scandal. What happened to Steve Edwards? Here’s what you need to know.

Matt Lauer and Charlie Rose were only the tip of the iceberg in a sexual harassment reckoning that started with Harvey Weinstein. Steve Edwards was more than a 20-year veteran at a Fox affiliated Los Angeles news station. However, his career came to an abrupt halt with his dismissal from his flagship show, Good Day L.A.. Why did Steve Edwards get fired? He’s the latest TV veteran to be rocked by sexual harassment allegations. Get the scoop here.

The Fox’s Los Angeles-based KTTV station that broadcasts Good Day L.A. issued a statement on Monday (December 11) saying that Steve Edwards was let go. “We can confirm that Steve Edwards is no longer employed by KTTV,” they stated. KTTV news director, Kris Knutsen informed the staff about Edwards’ dismissal on Monday morning.

Edwards had been a mainstay in the Los Angeles-area broadcast for years and was a co-anchor on Good Day L.A. since 1995. His broadcasting career began in a radio station in Texas. He moved to L.A. in 1978 and became a familiar face on local TV with Two on the Town on a CBS affiliate station. He has since hosted several morning shows before finding recognition on Good Day L.A.

The reason for his dismissal wasn’t initially disclosed, but it is reported that he was accused of sexual harassment. Details about the sexual misconduct allegations against him haven’t been revealed. It’s also not confirmed if he was fired over them at all. Edwards was reportedly at the end of his contract at KTTV.

Beauties and The Beast! Join us tomorrow #gooddayla @foxla 😉 Prepping for Thanksgiving festivities

In the wake of powerful people being exposed for sexual harassment, popular morning show anchors like Charlie Rose and Matt Lauer have been fired for sexual misconduct. However, unlike Rose and Lauer, Edwards’ co-anchor, Megan Colarossi didn’t break the news of his dismissal.

His fellow broadcaster, Sam Rubin from KTLA Morning News expressed his shock in a Facebook post writing, “Yikes. Steve Edwards has always been a complete gentleman to me….very encouraging early in my career….and very few people have had a career of such length and success. This is not the way I imagine anyone would have thought his career….at least at Fox 11 would conclude.”